On 28 July 2020, COMME des GARÇONS held a floor show of “COMME des GARÇONS SHIRT“. Normally, the show was held at the showroom in Paris at the end of June, but this time it was announced about a month later at the headquarters in Tokyo. 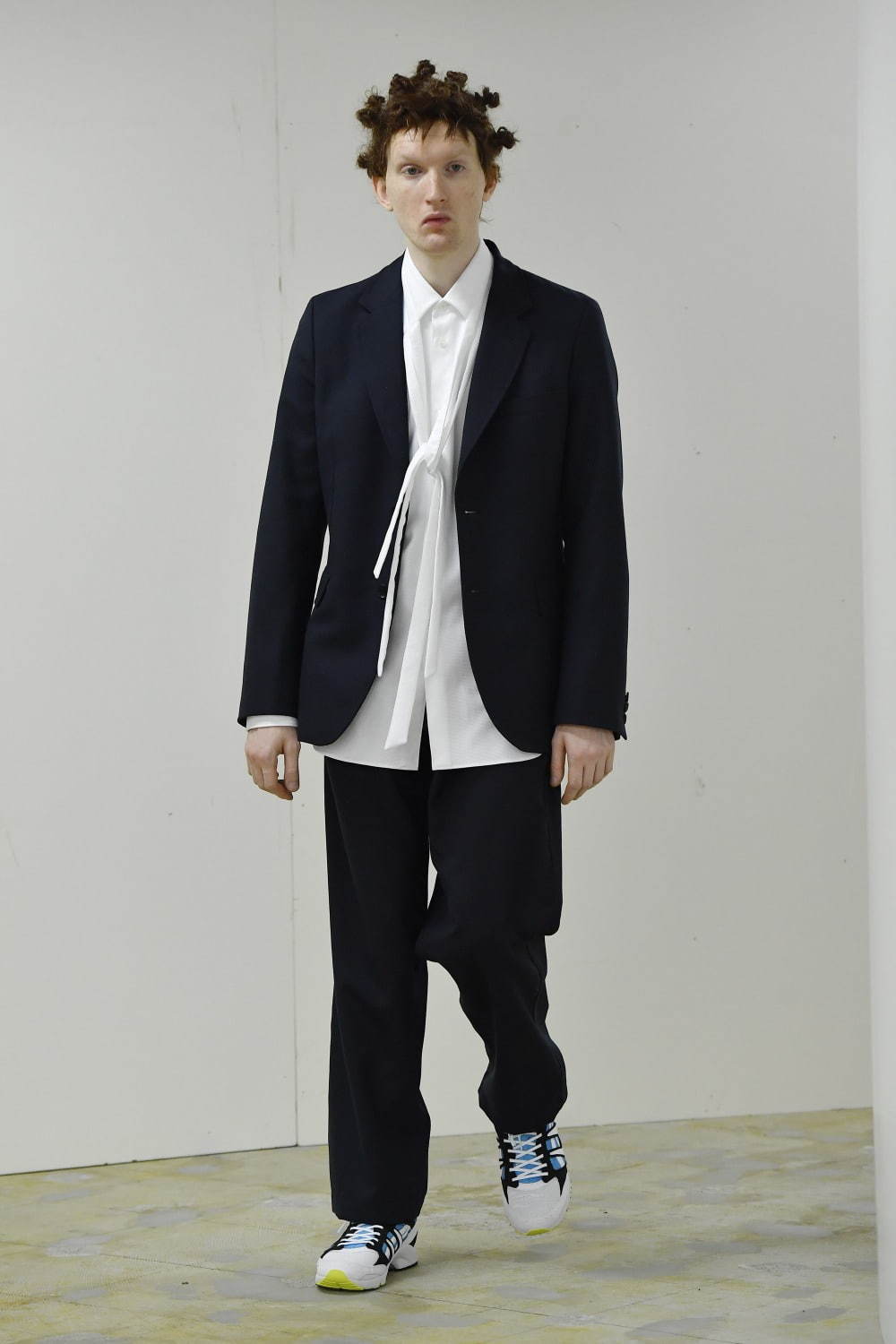 One hour after the show of “COMME des GARÇONS HOMME PLUS” ended, a show of COMME des GARÇONS SHIRT was held on the same floor. In Paris, guests were always packed with sushi in a limited space, but this time there was space between seats due to social distancing against infectious diseases caused by the coronavirus, and the number of the press was limited to 10 or less.

Like the COMME des GARÇONS HOMME PLUS, it was not a runway that went back and forth on a single road, but a model that appeared in front of the seats of about 8 rows and walks left and right. There was a sense of distance that made me realize once again how “fashionable” the fashion shows were until now. 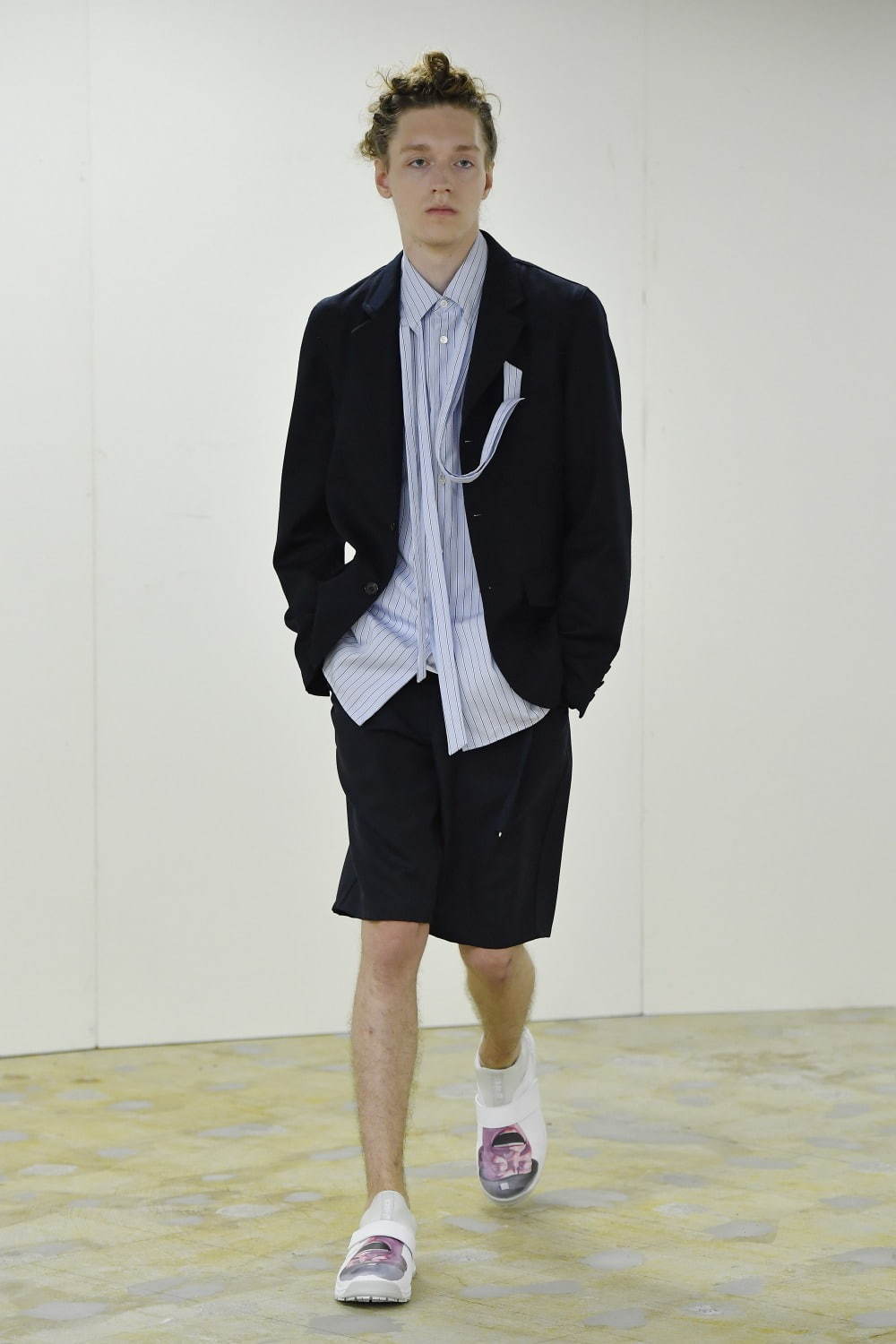 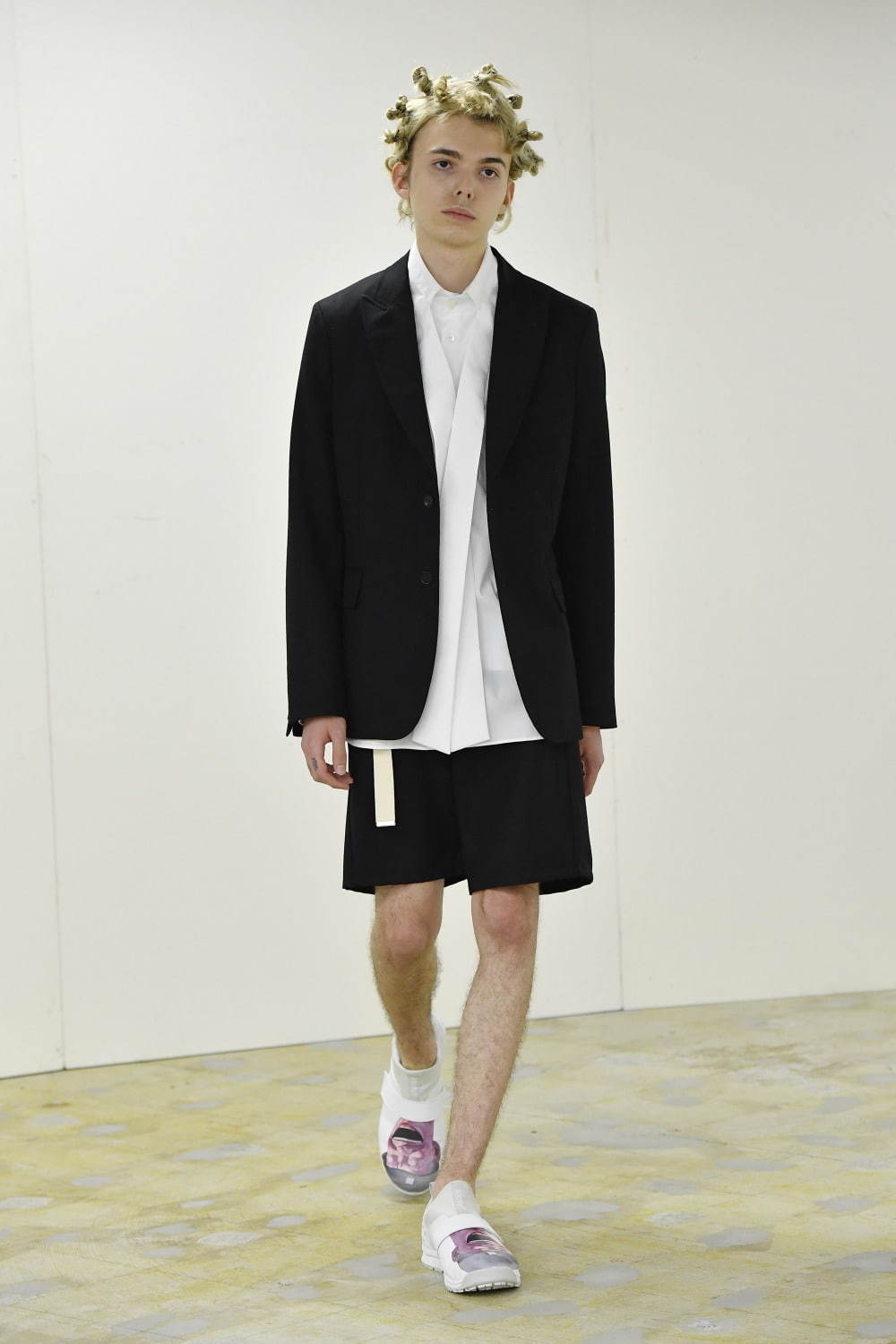 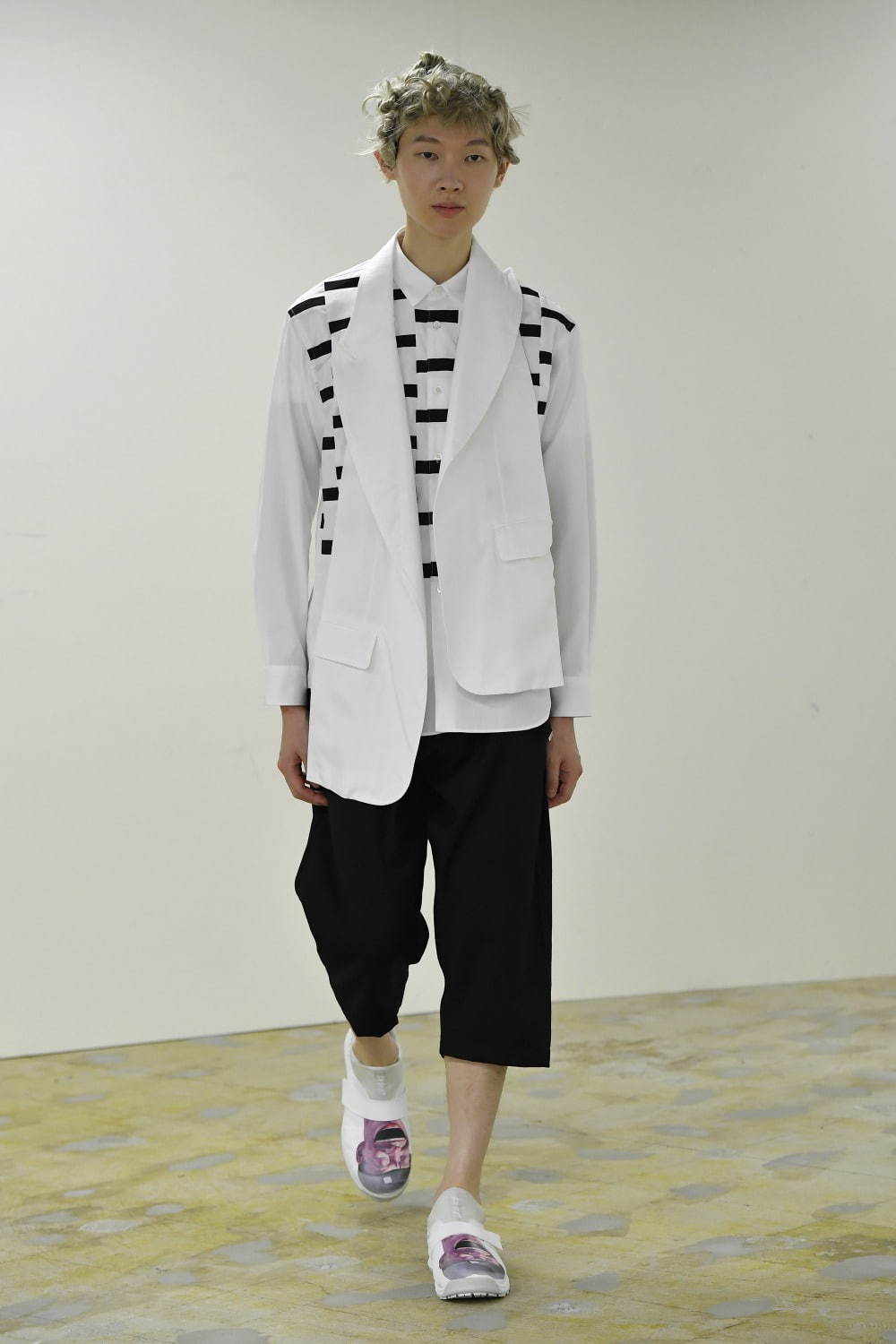 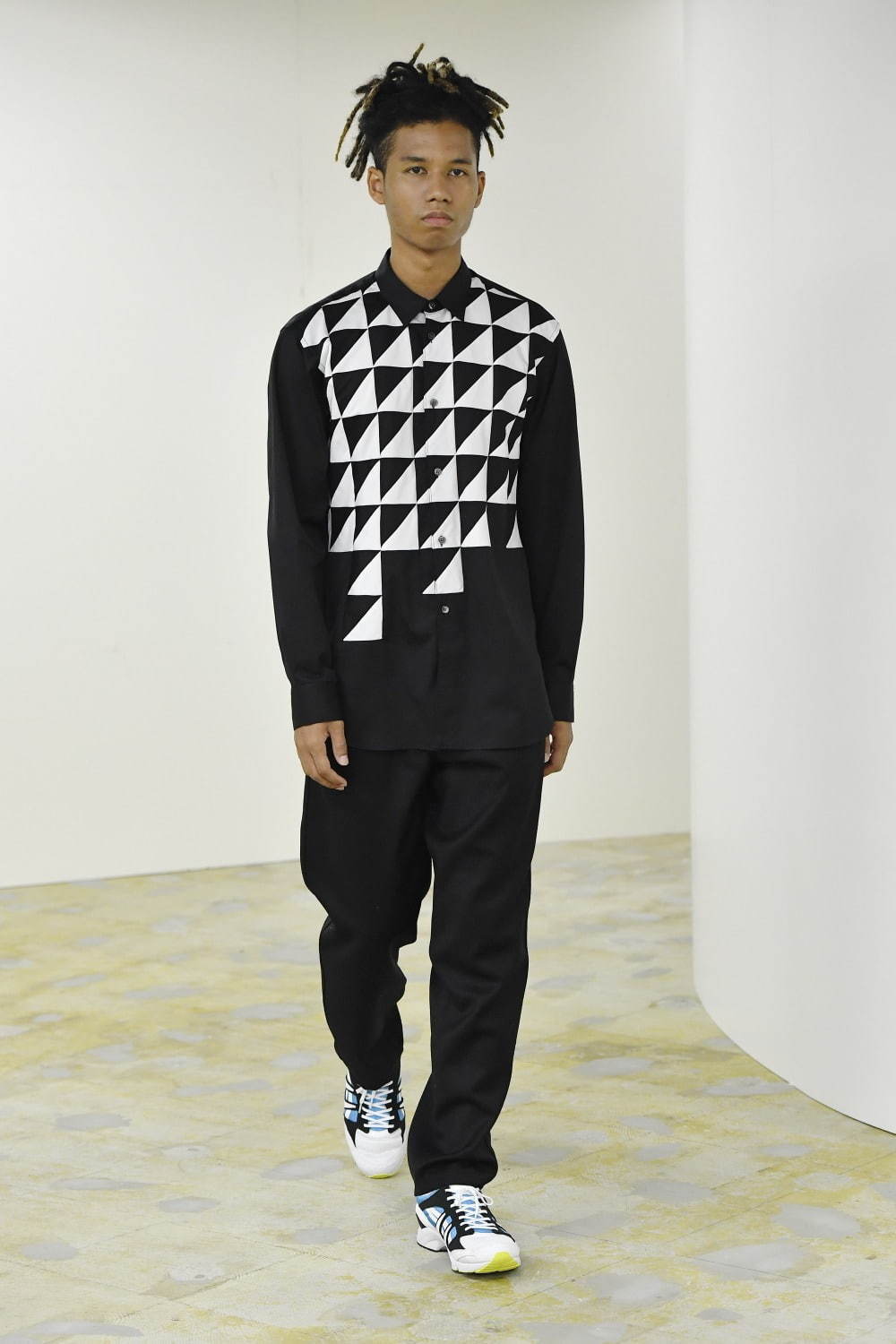 The first model appeared on time. A shirt featuring a black collar and a deformed collar that blended with a bowtie. The first half was a relatively basic style such as monotone and standard stripes, and the gimmick was modest. From the suit to the shirt, the three pieces of the common area had a slightly relaxed silhouette. 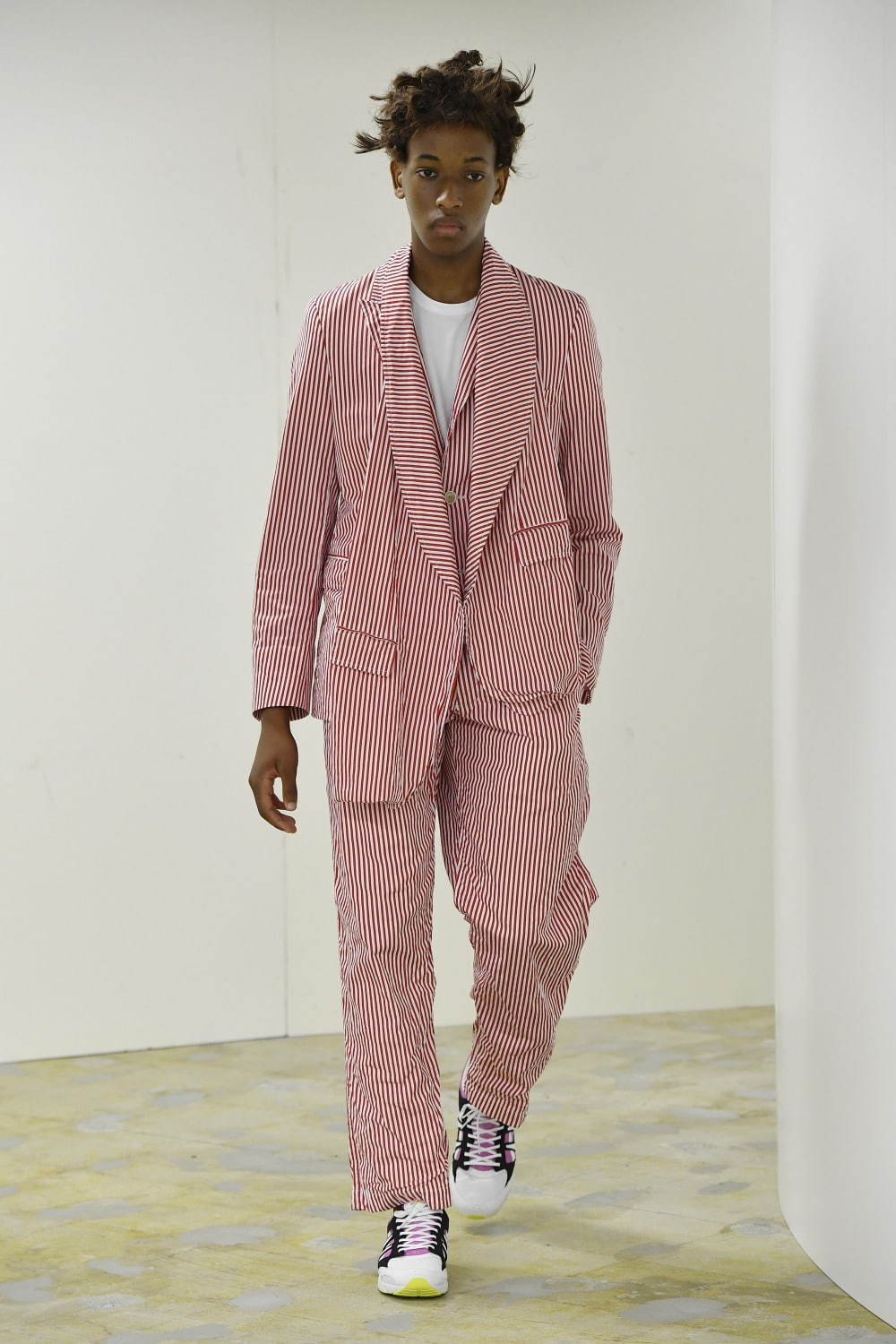 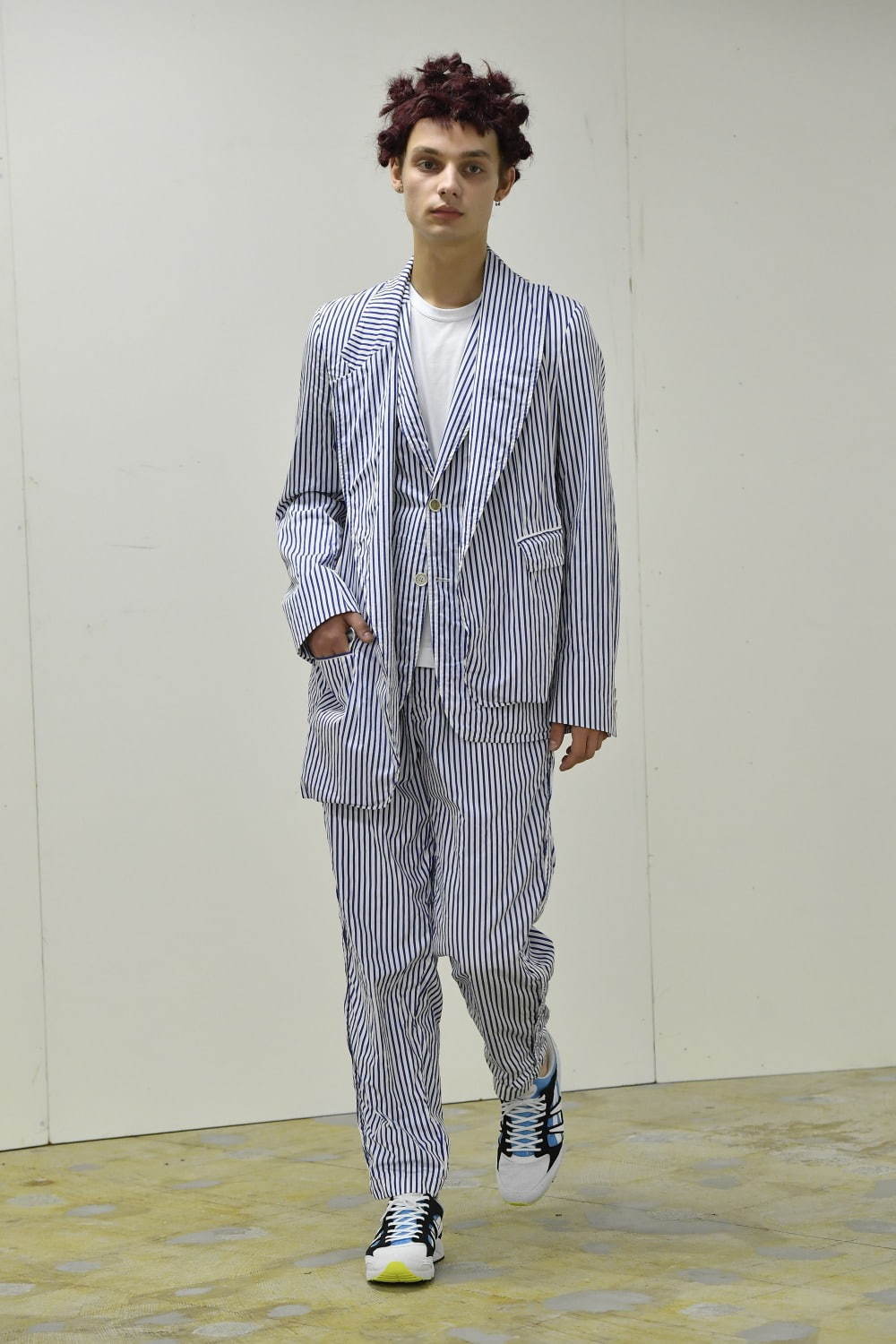 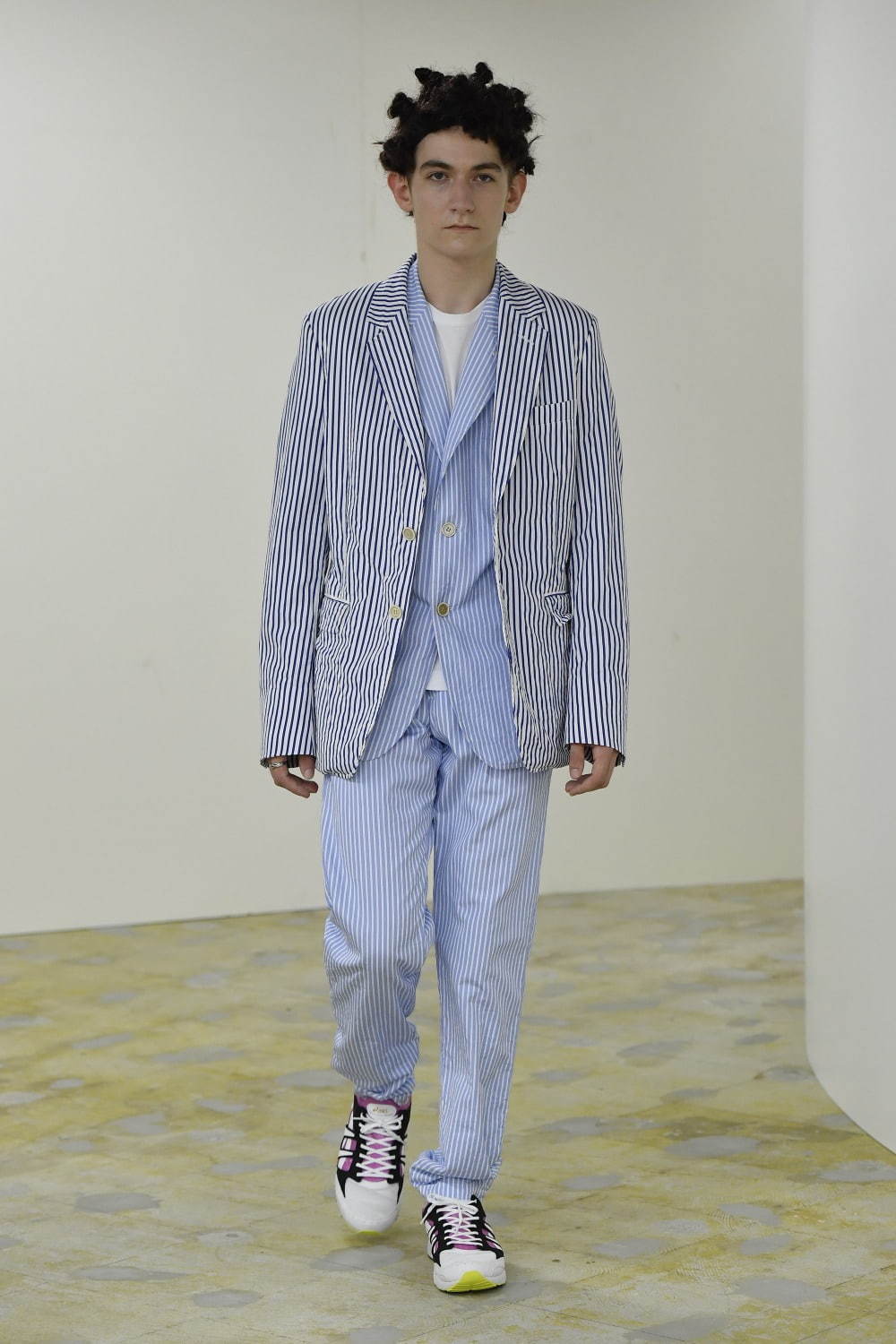 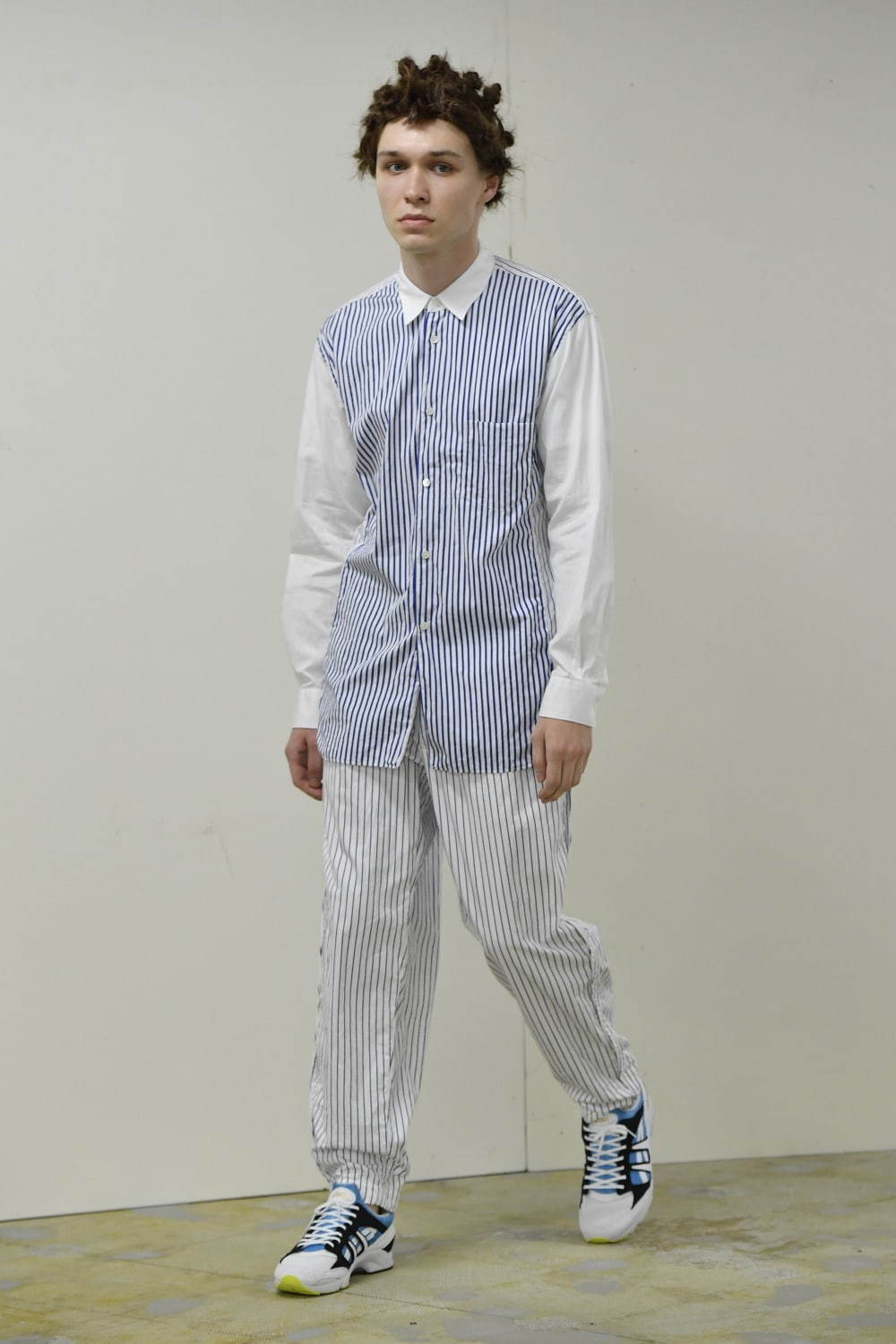 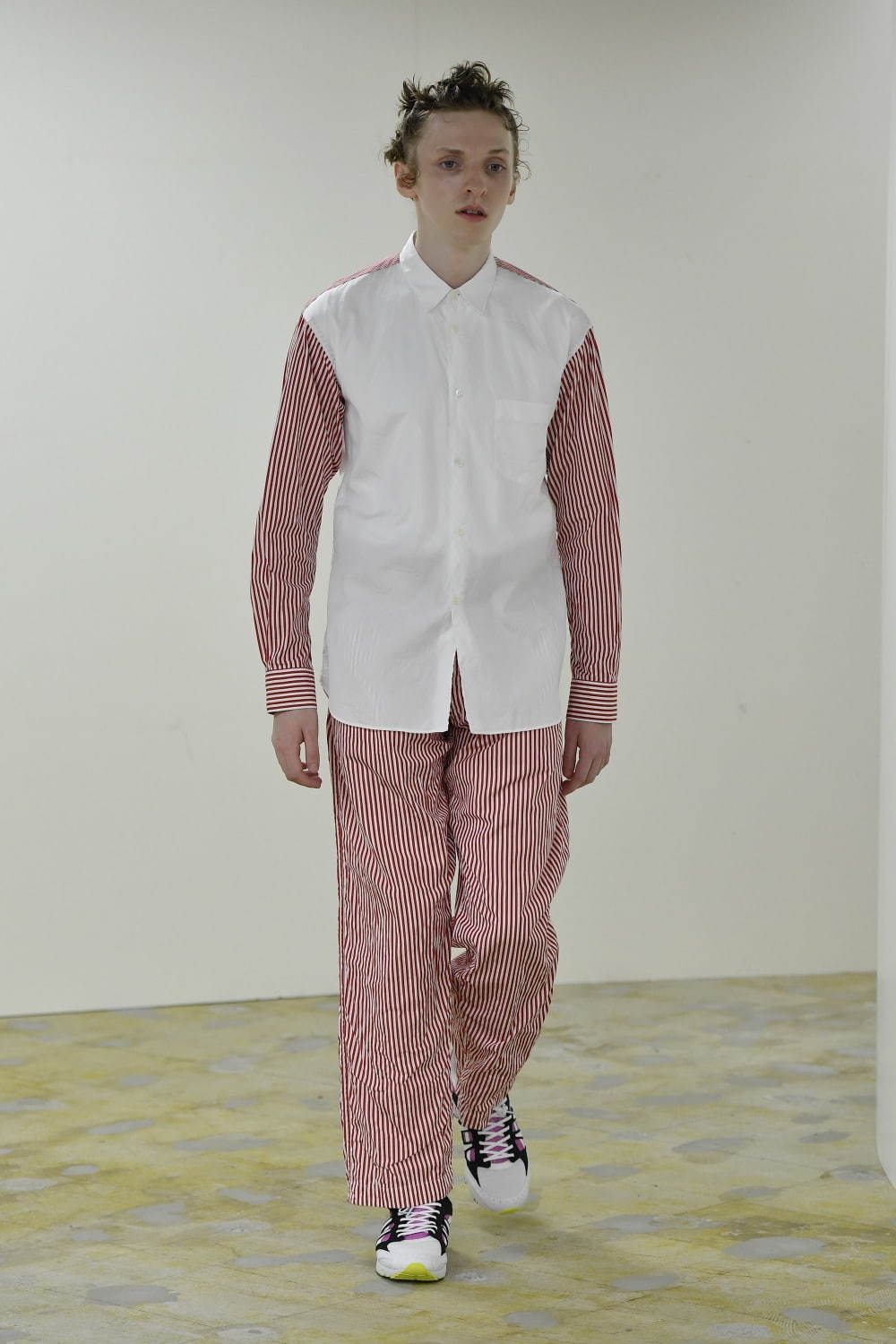 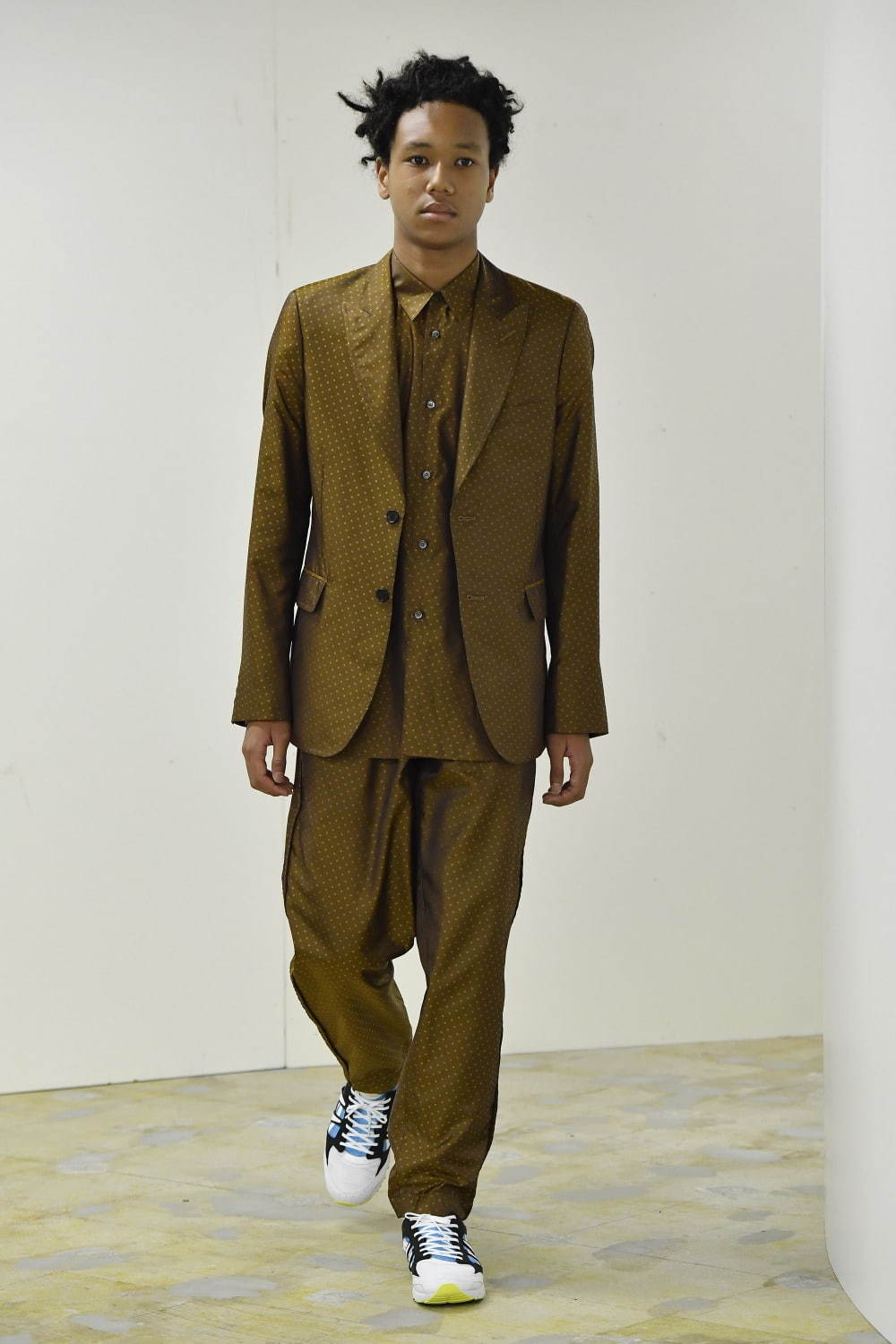 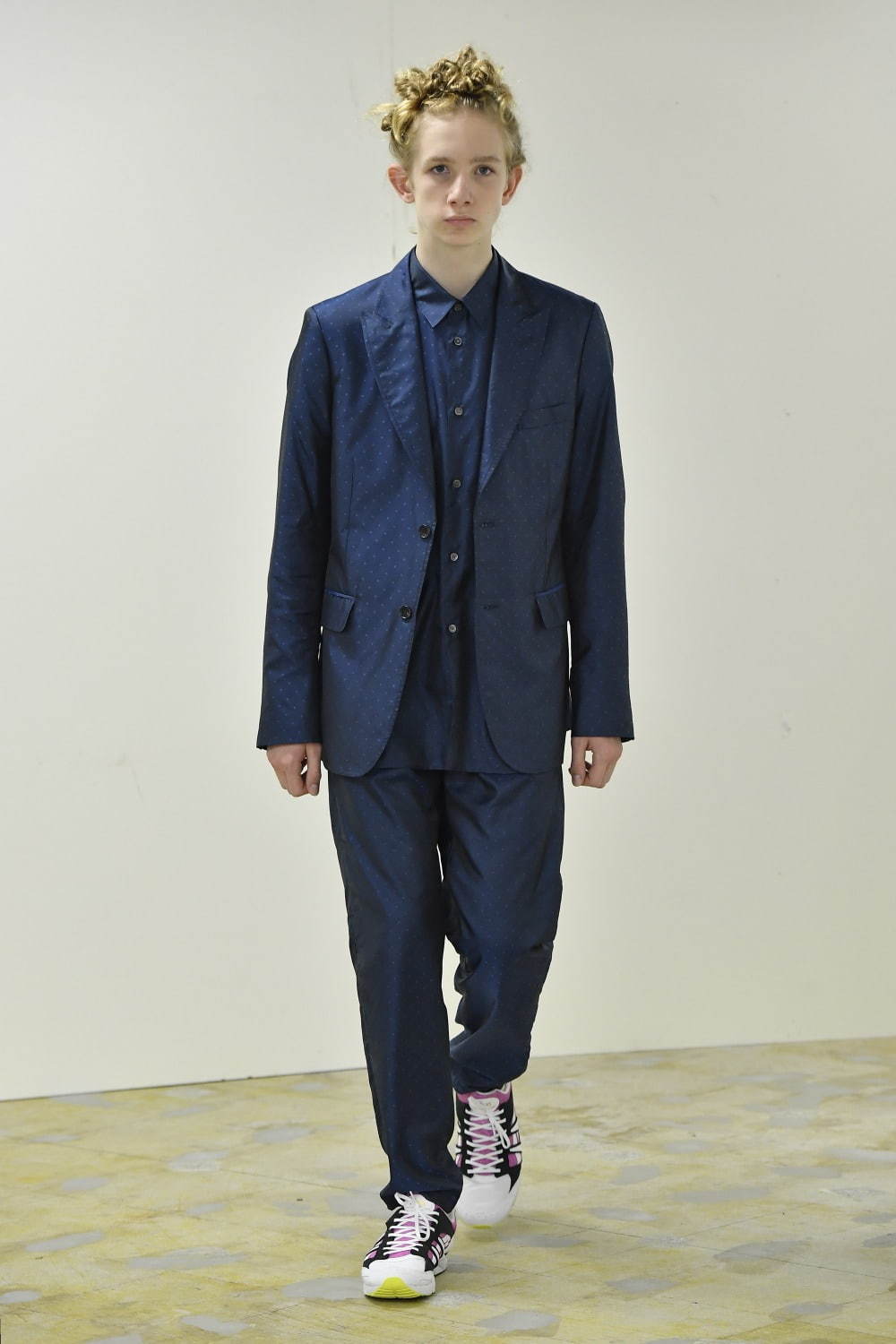 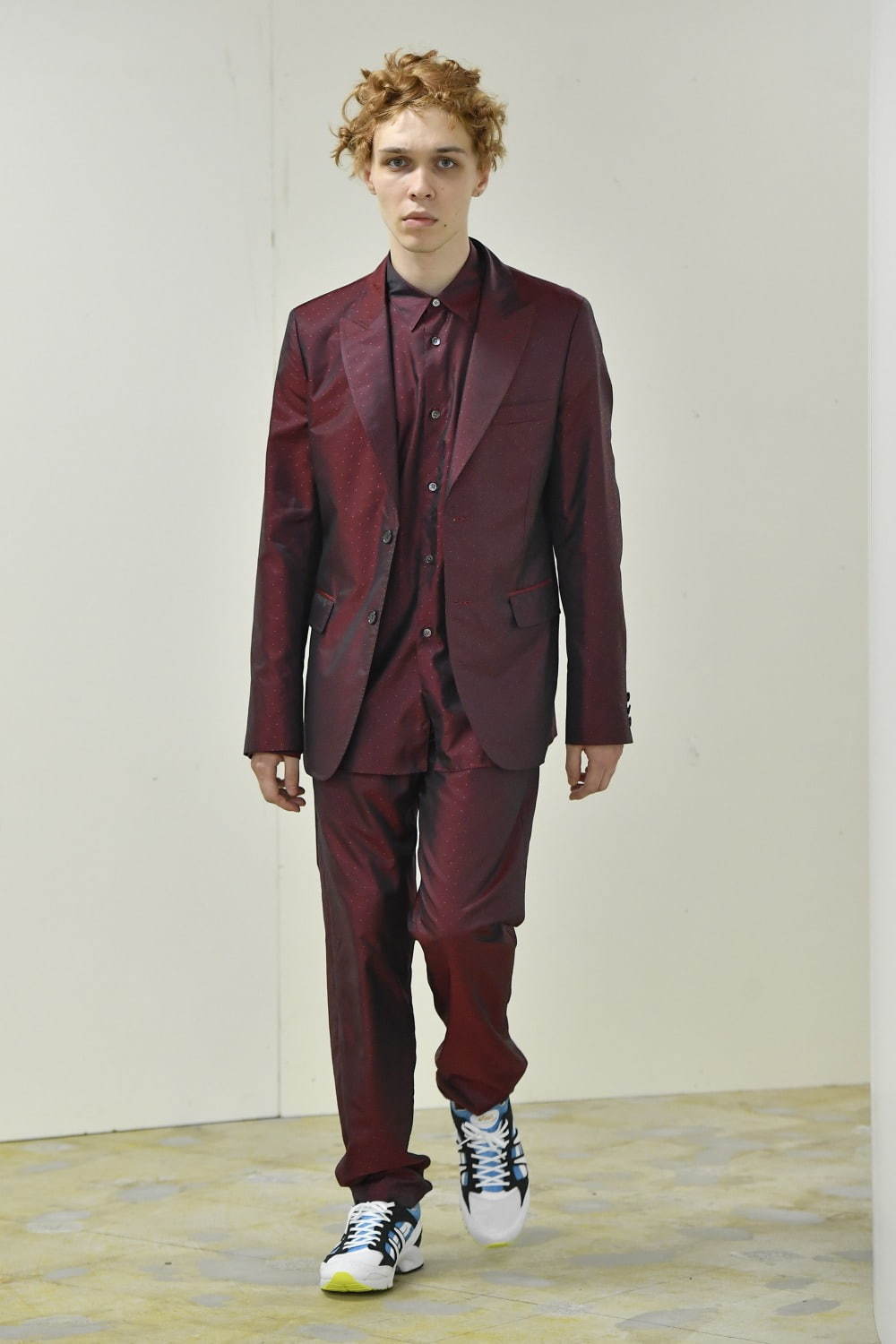 What caught my eye in the middle stage was the artwork, which was also characteristic of this season. I used the work of artist Yue Minjun 艾未未 from Beijing, China. It was known as one of the leading contemporary artists in China, characterized by a style that duplicated a man with a laughing face like a clone. In this collaboration, the jacket and shorts were used in the overall pattern, and the print T-shirt, shoes, and bags were also designed, leaving a surreal and ironic impression. 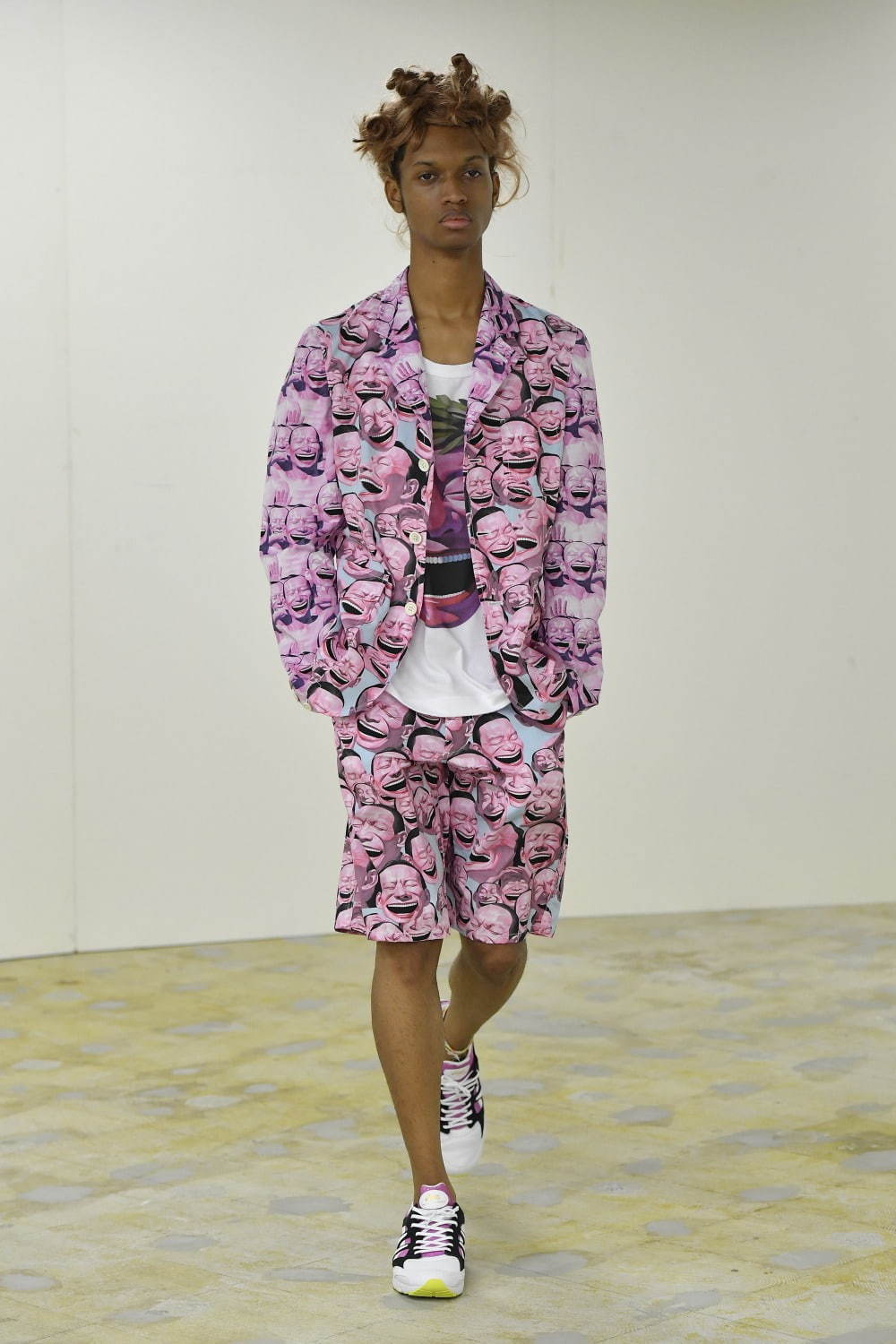 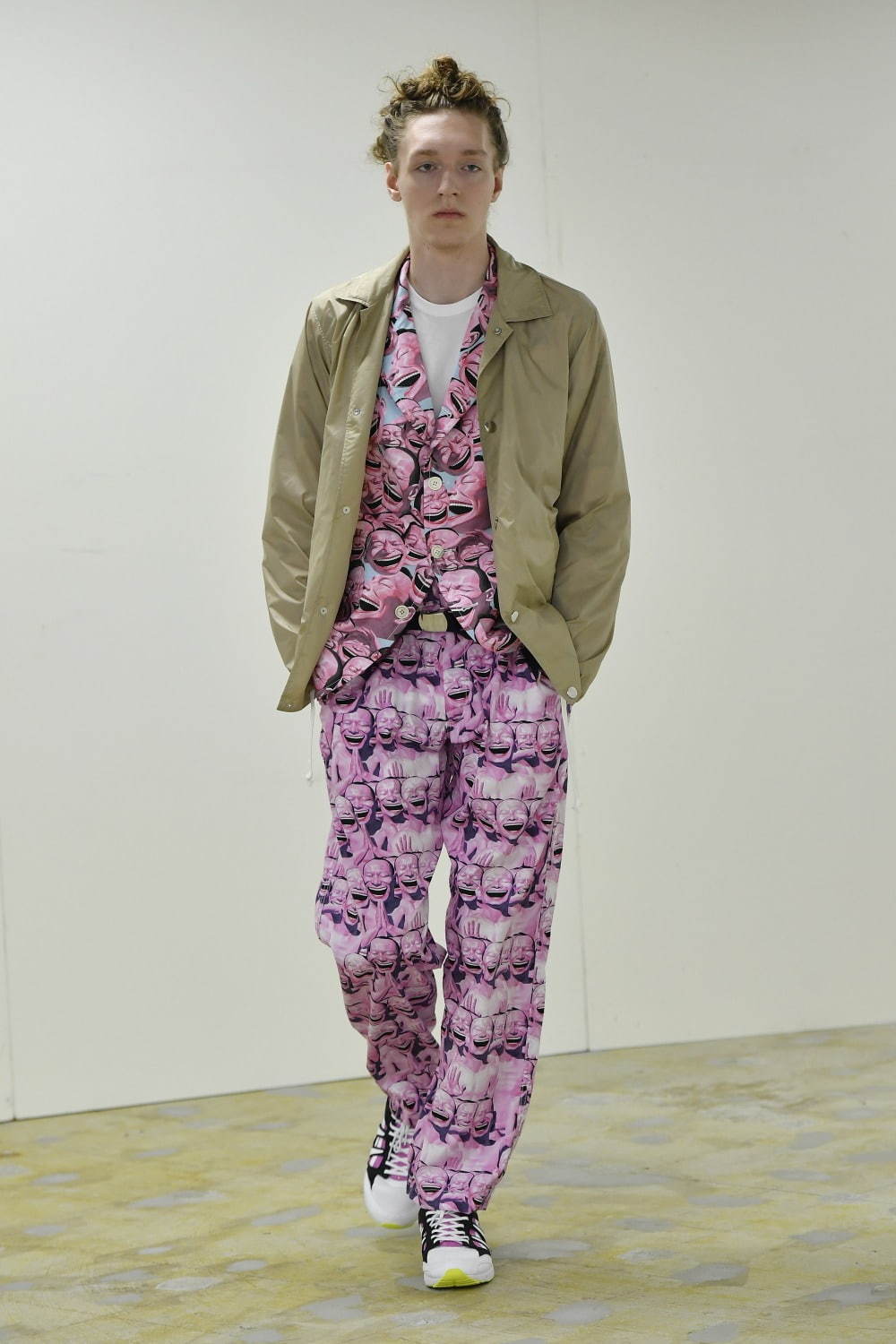 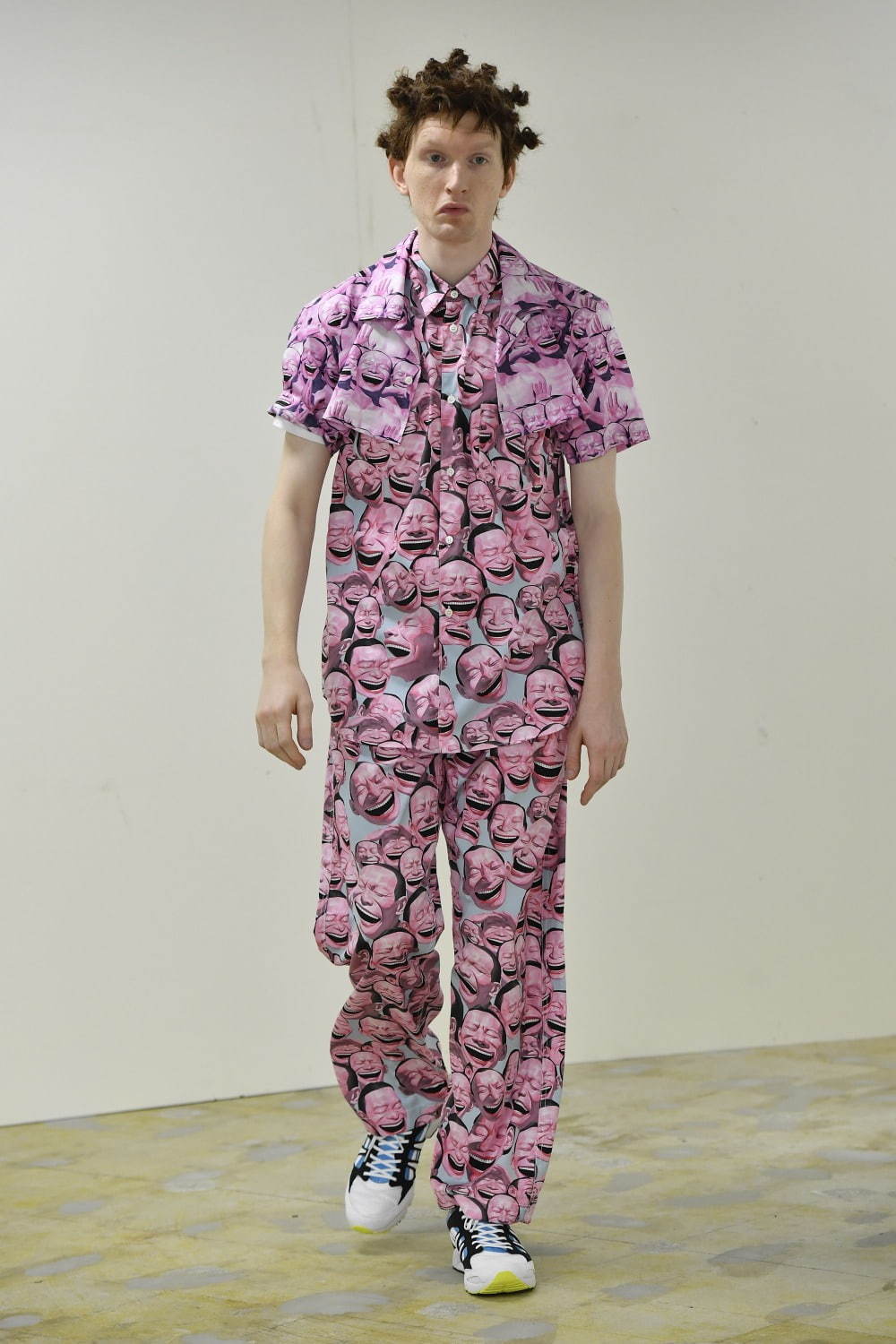 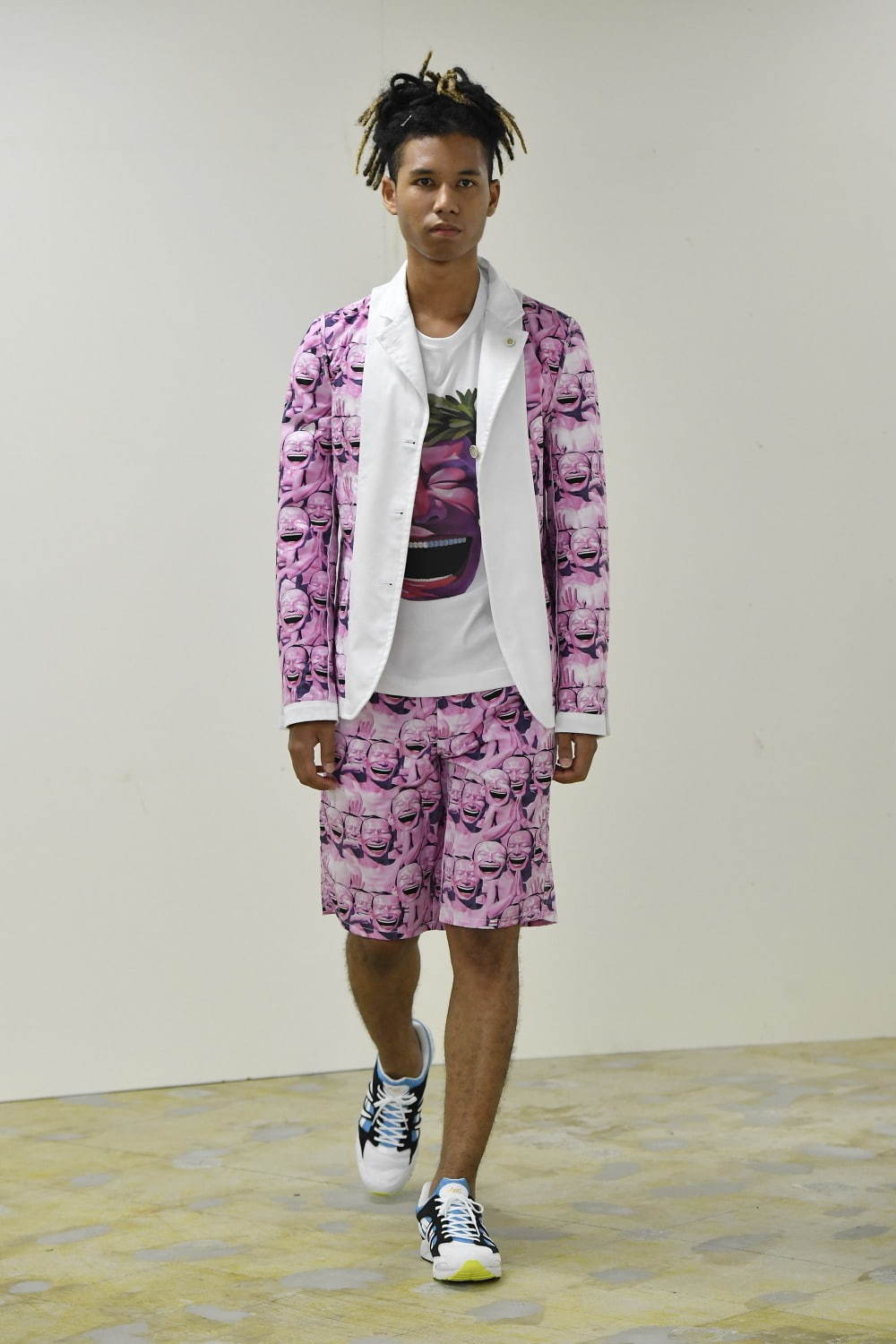 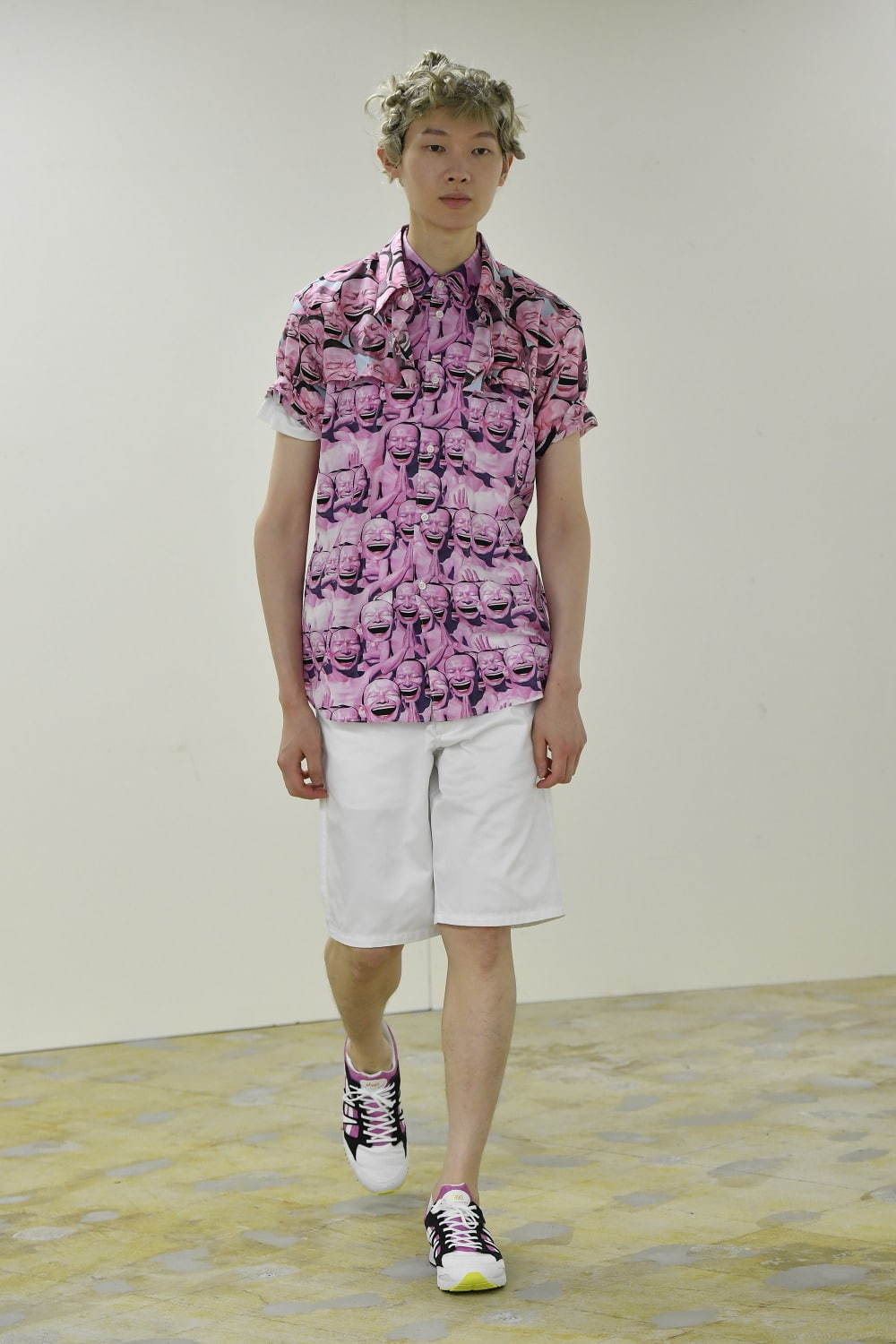 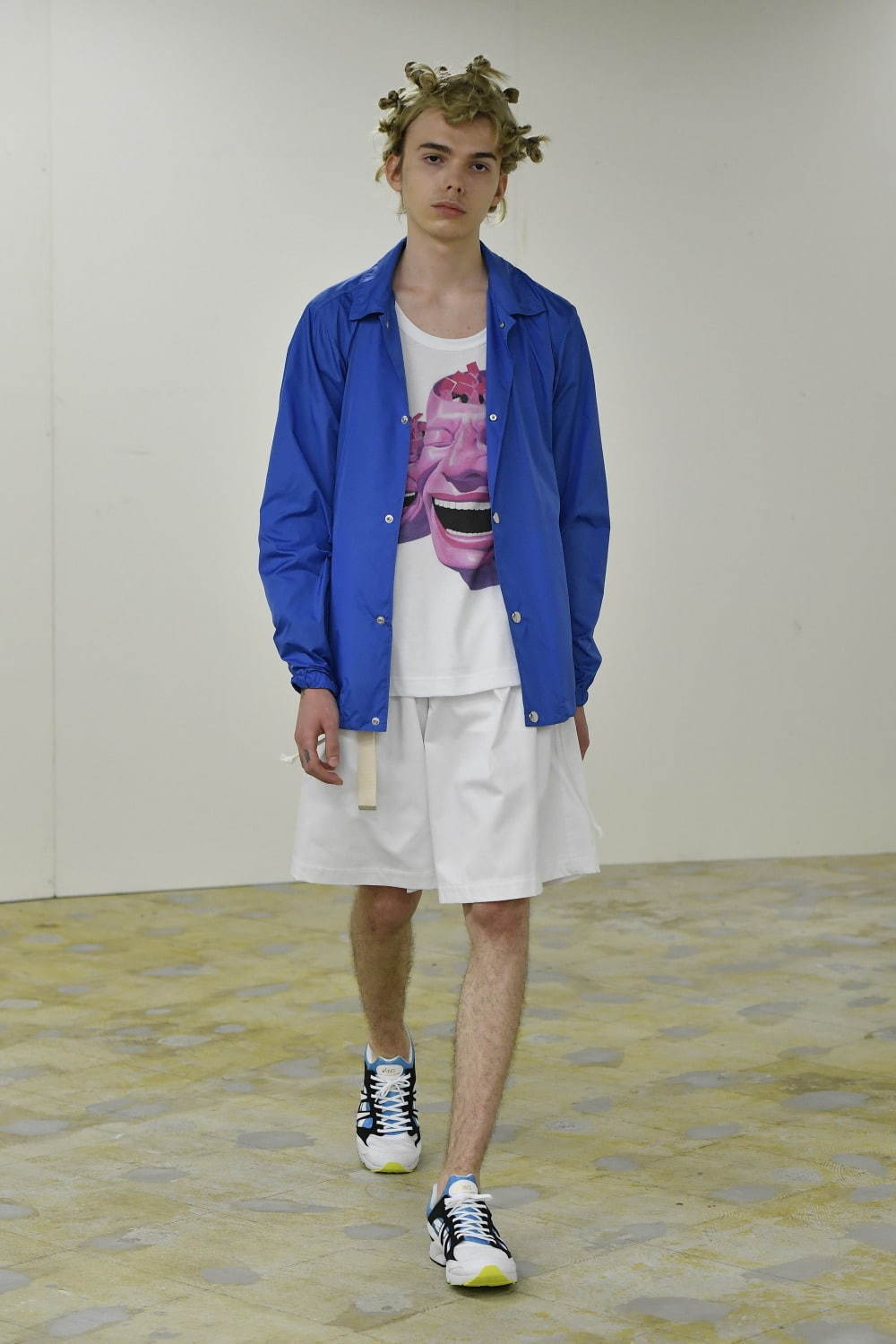 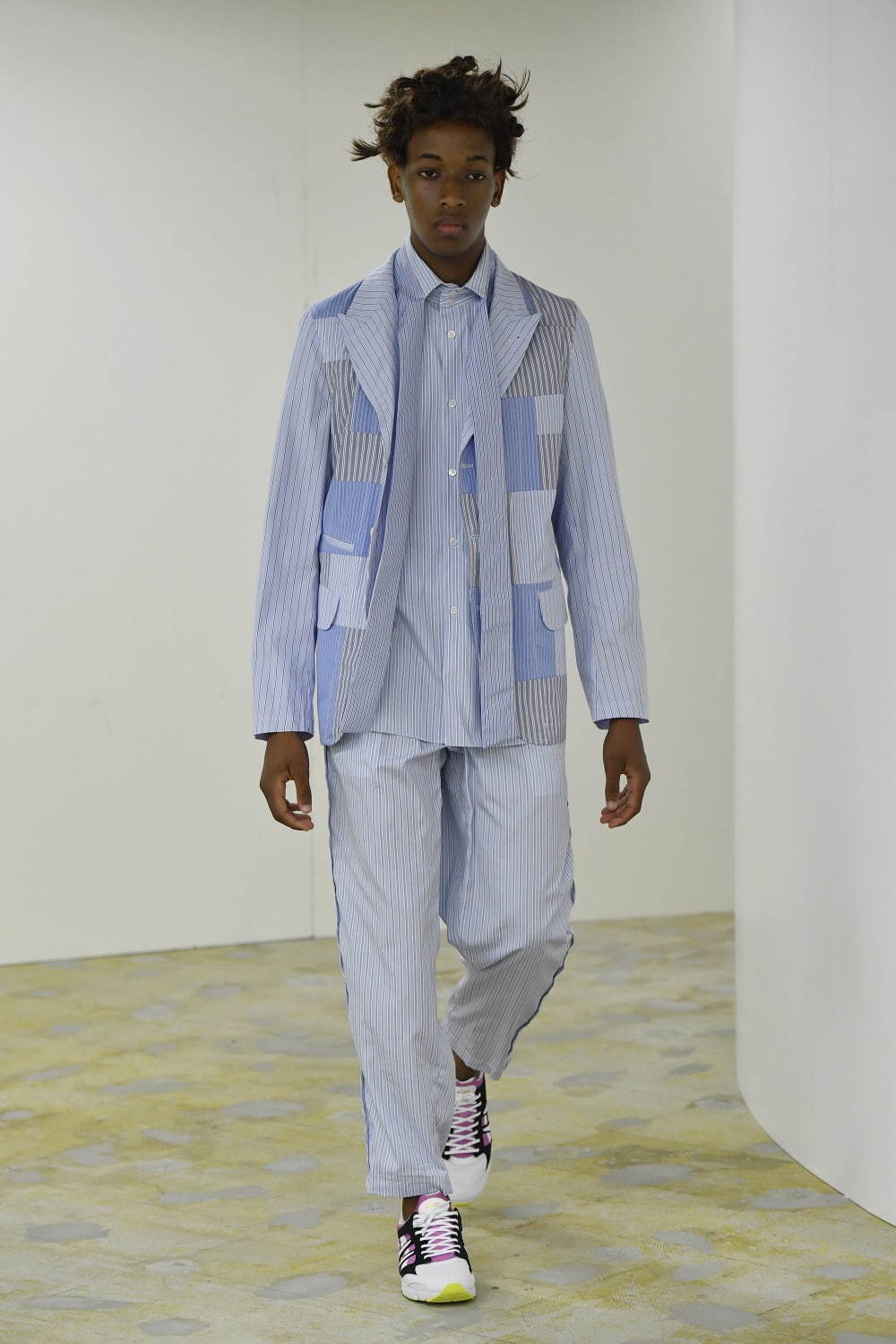 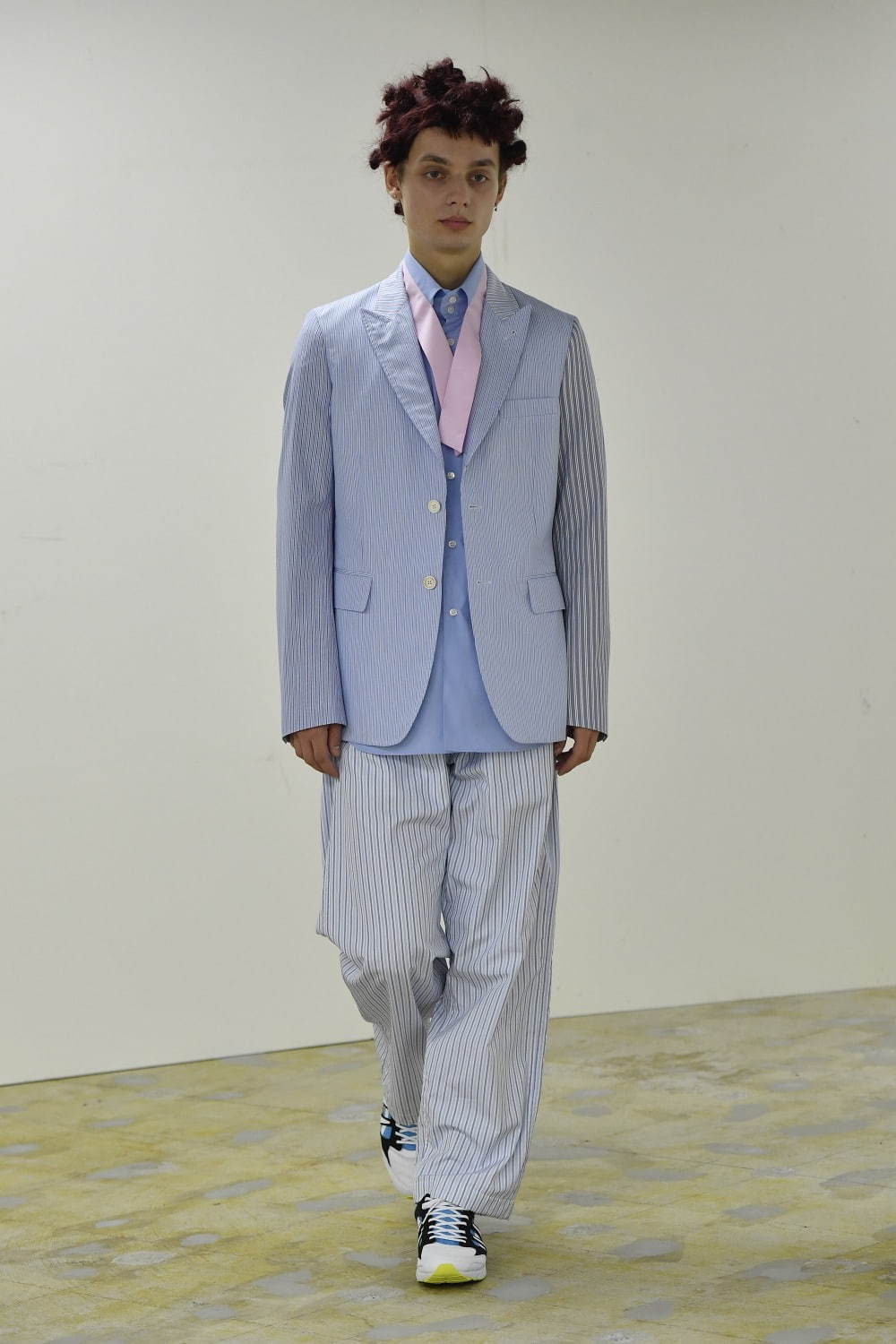 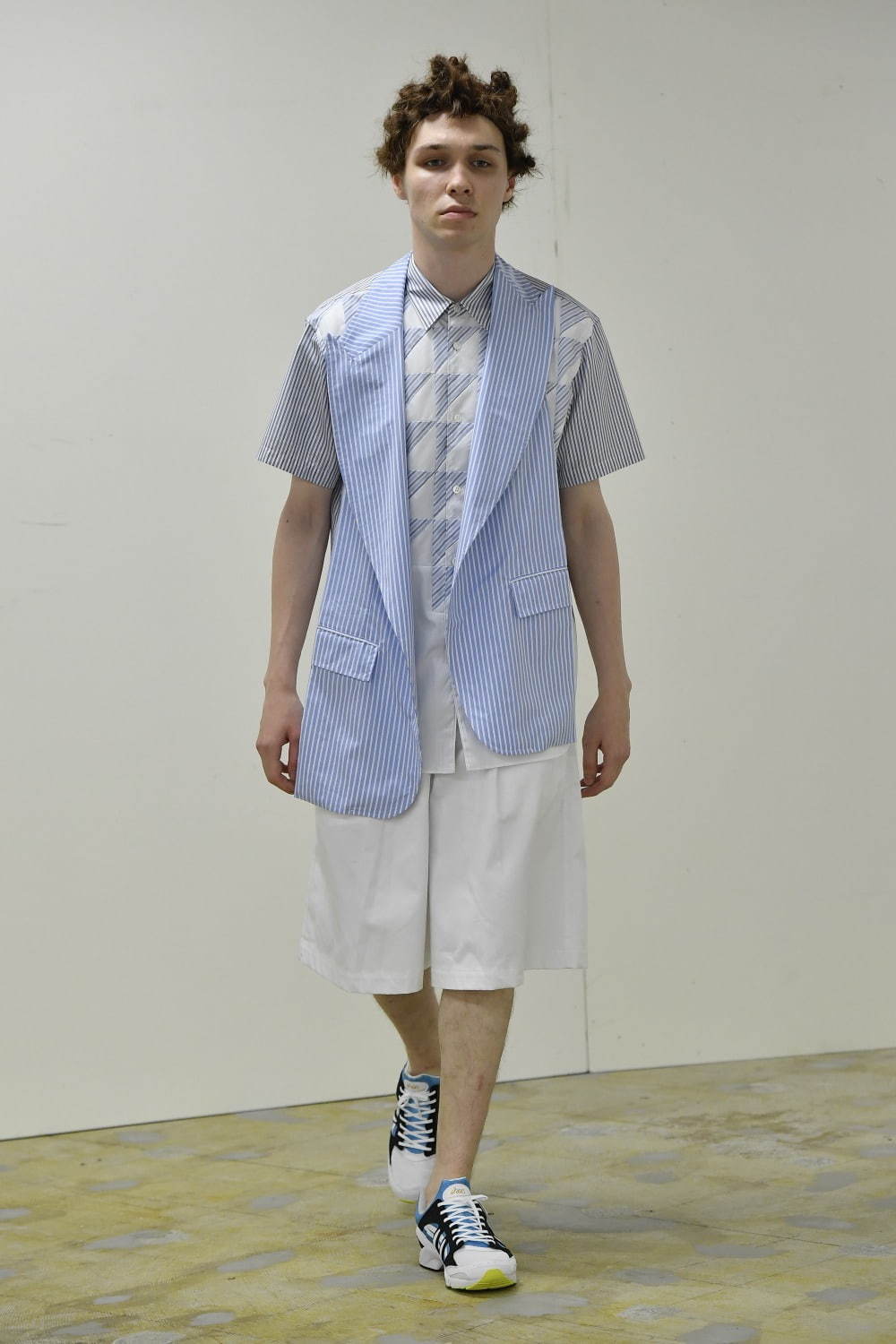 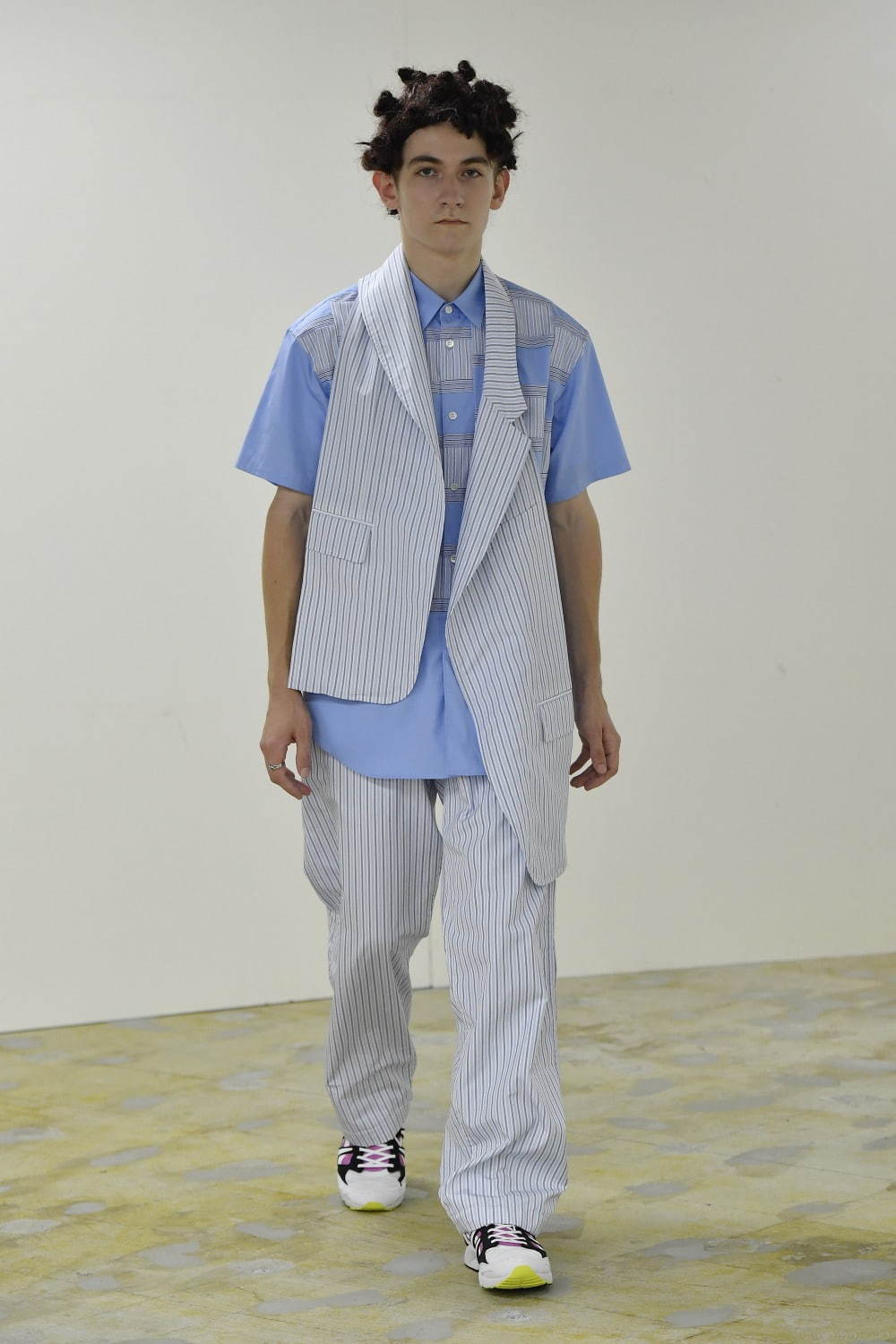 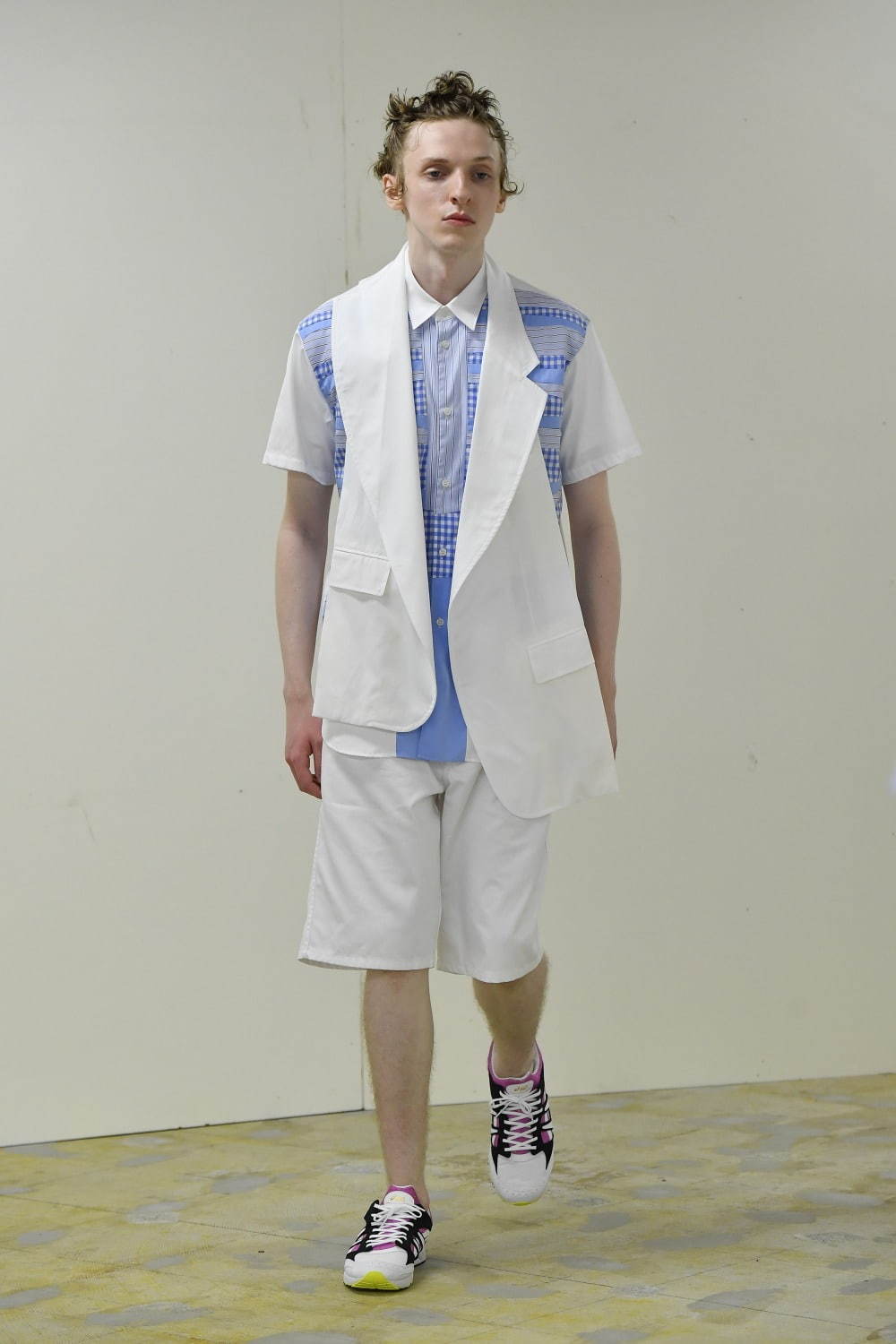 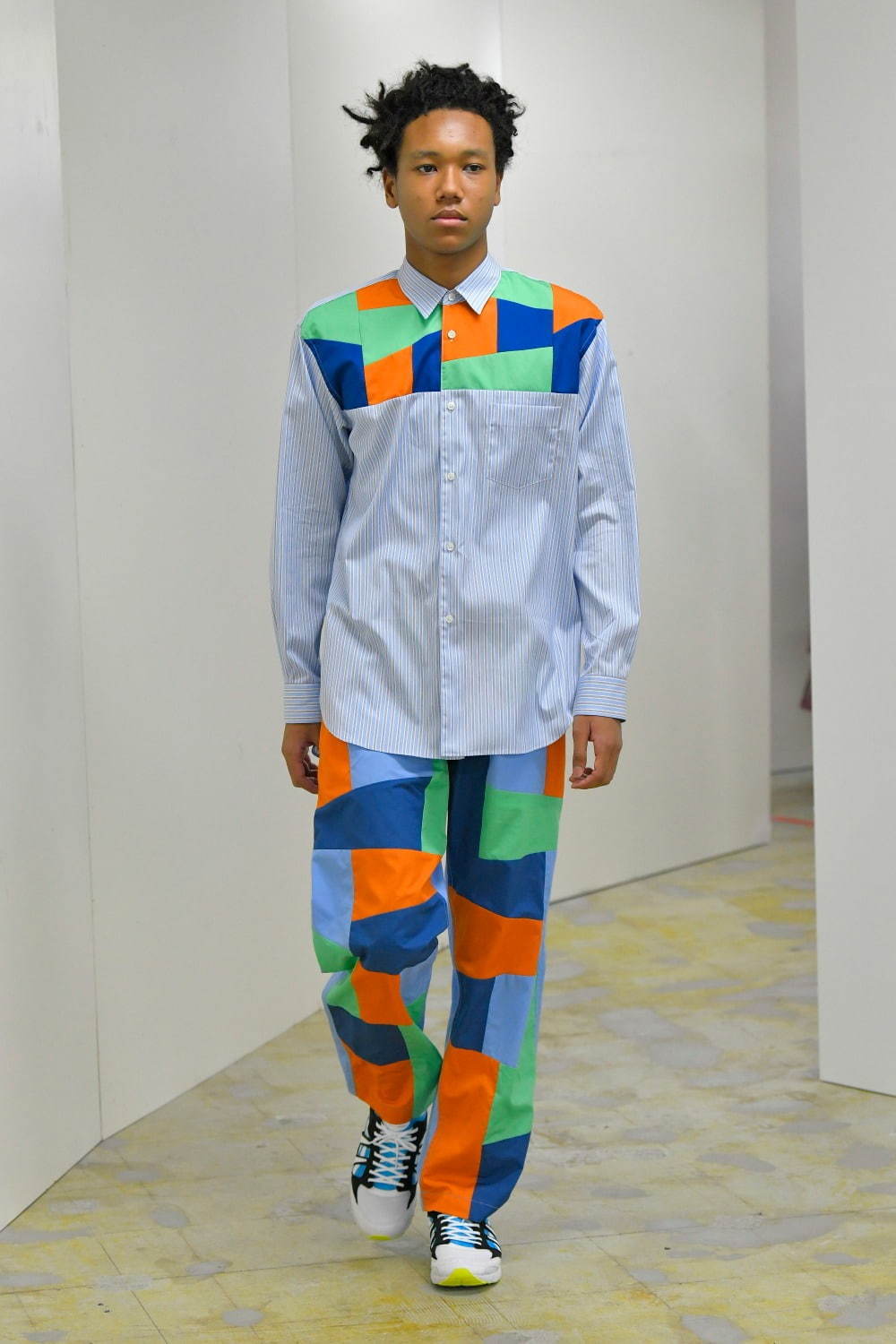 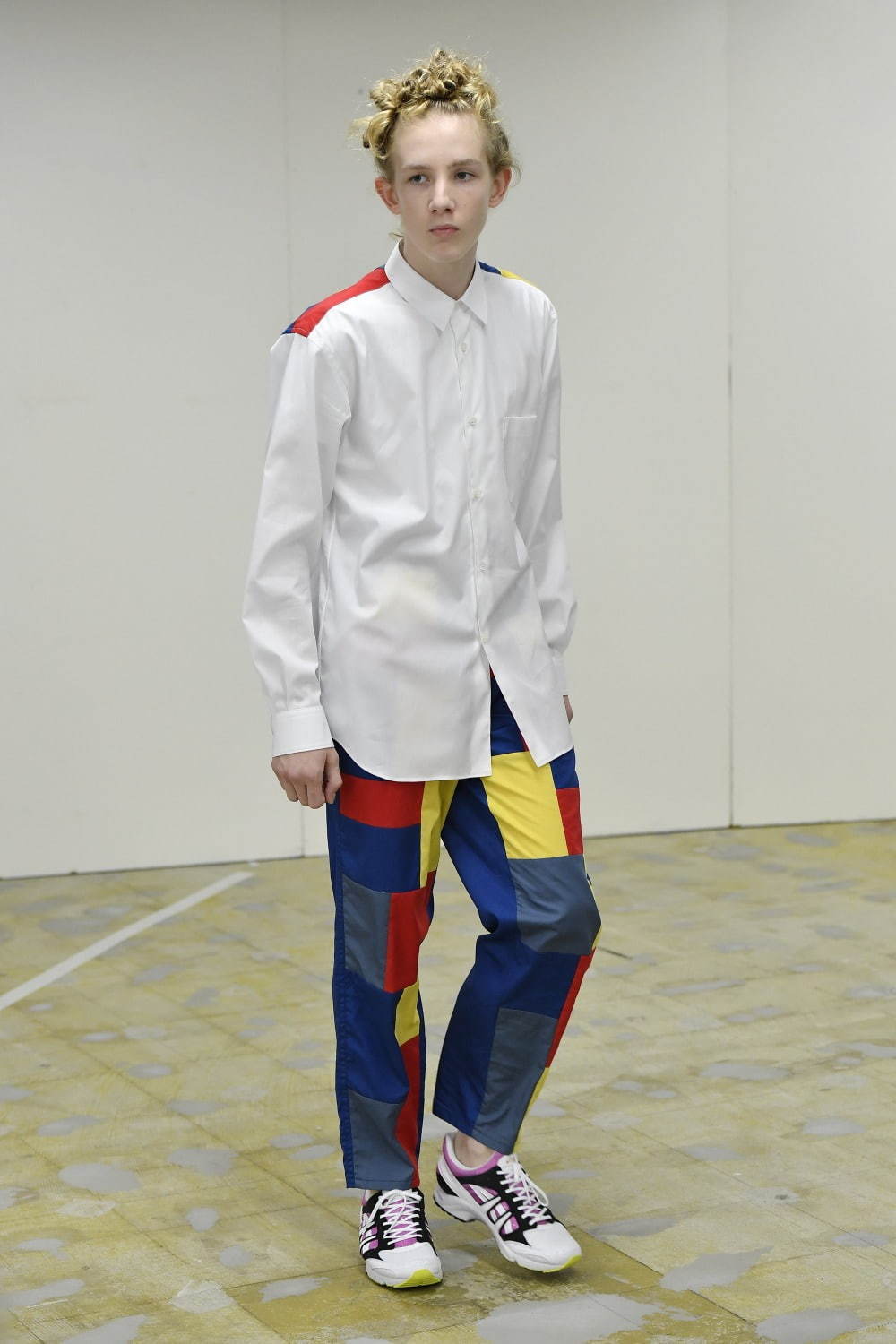 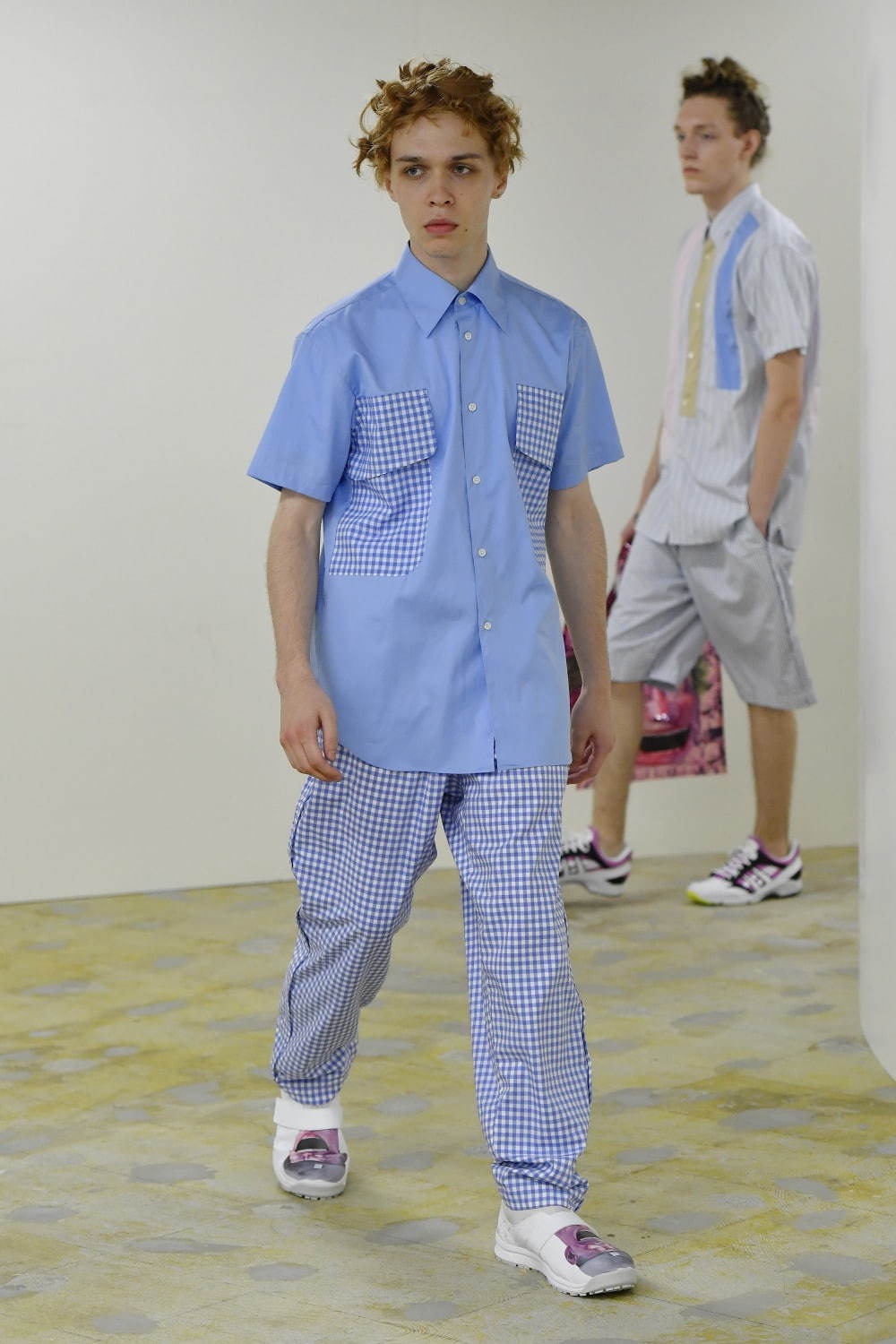 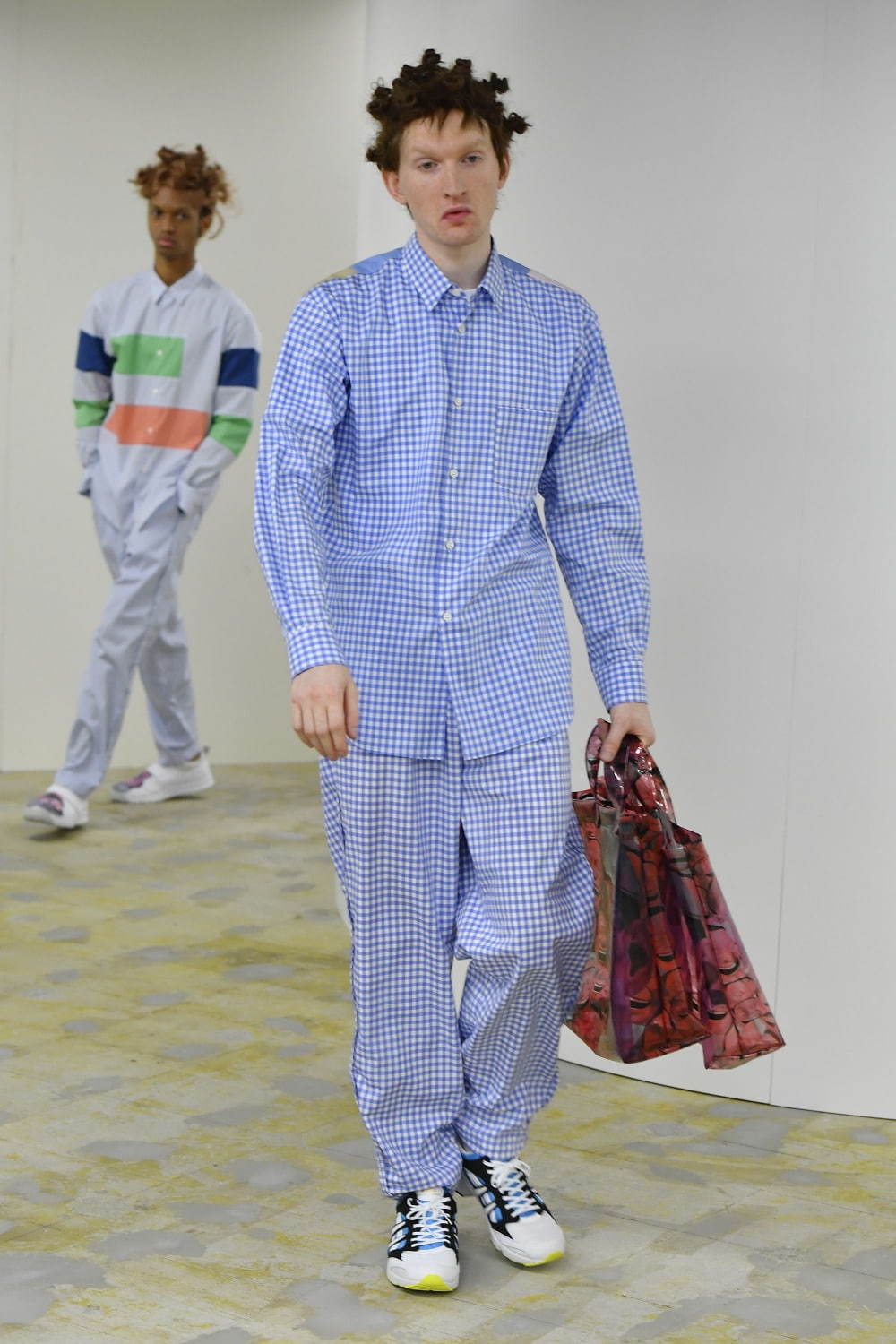 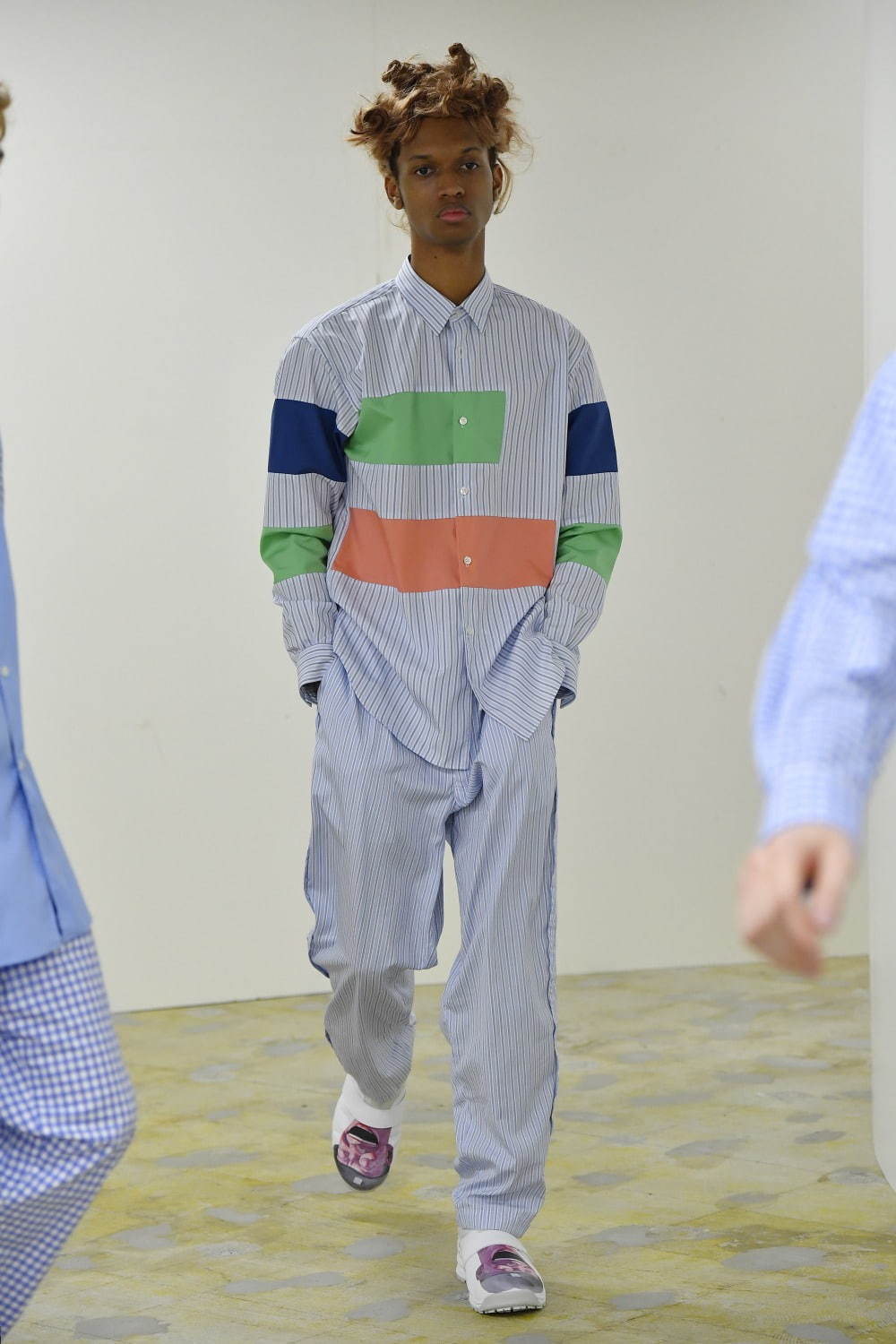 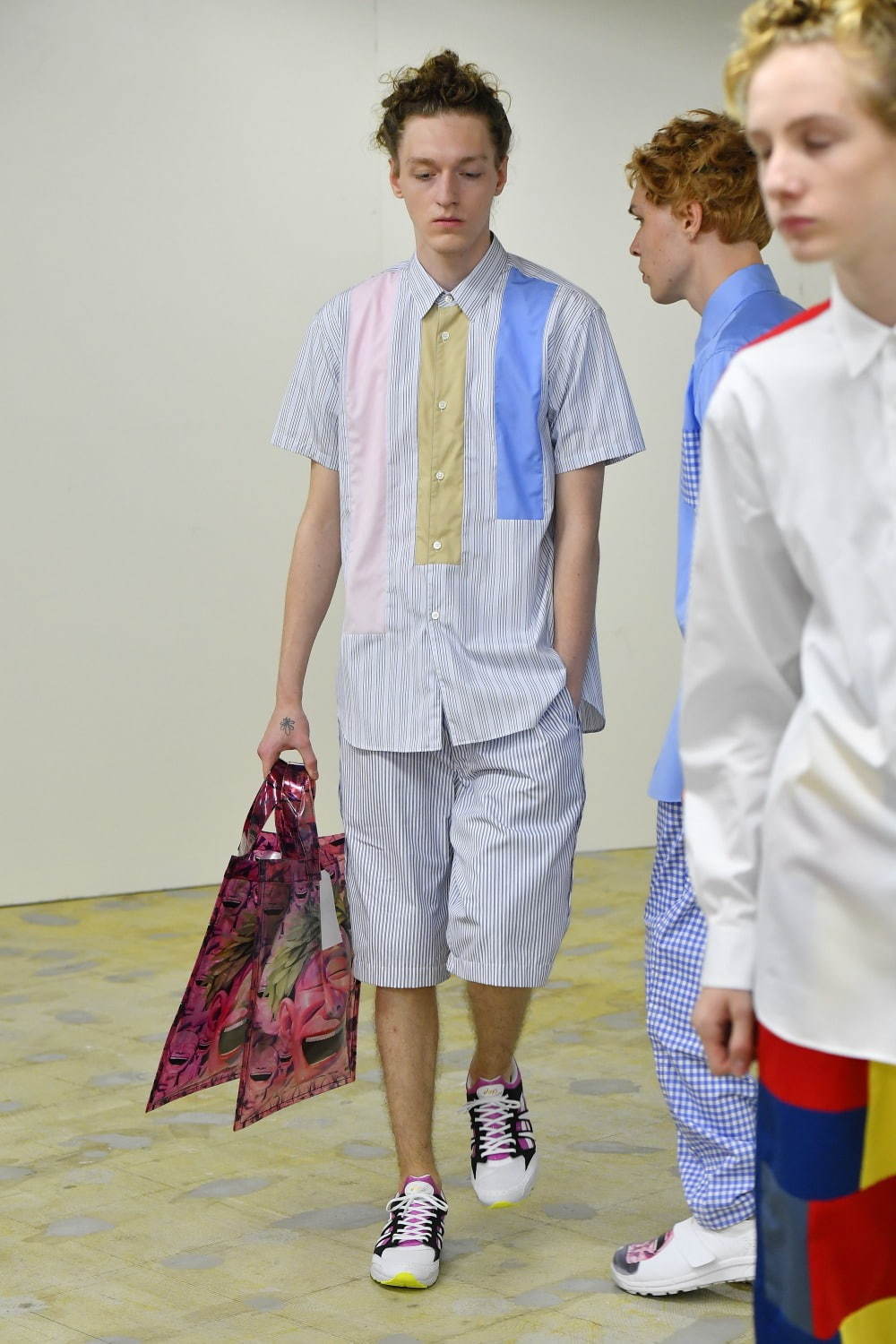 In the latter half, they used multi-color patchwork in the standard patterns such as stripes and gingham checks. All shoes were sneakers, and collaborative shoes with “ASICS” that brought in bright colors such as pink and blue had appeared. The representative model “TARTHER” was the base.

More from our blog